GovTech and the National University of Singapore collaborated to conceptualise a wearable personal alert button for the elderly that can be used to summon emergency services.

An increasing number of senior citizens in Singapore are living alone, many of whom may not have loved ones living nearby or may be estranged from their relatives. The Department of Statistics, Singapore, estimates that there will be 83,000 elderly persons living alone by 2030.

Recognising that this growing subpopulation may be unable to get help when they need it most—for instance, when they have a fall or are feeling faint—the Government Technology Agency of Singapore (GovTech) envisioned a future where each elderly individual has an ‘SOS’ system on them at all times.

Although GovTech is currently working on installing personal alert buttons (PABs) in the homes of senior citizens, the existing solution is not portable, which means that an elderly person may be unable to send out a distress call if an emergency occurs outside his or her home. Hence, GovTech sought to develop a PAB that could be worn by the elderly even when they are out and about.

Rather than brainstorm internally, the GovTech team decided to tap on an ally from academia—the National University of Singapore’s Division of Industrial Design (NUS DID). In June 2019, GovTechies visited the NUS DID showcase and were impressed by the students’ creativity in problem solving.

“We approached NUS Associate Professor Song Kee Hong and proposed a ‘mini hackathon’ of sorts to crowdsource ideas for a wearable PAB for the elderly,” said Ms Joy Ng, User Experience Designer at GovTech. “The problem statement we issued was: How might we design a wearable that will help seniors who are living alone to call for help when needed?”

Seven teams from NUS DID took up the challenge, bringing diverse skillsets, including design thinking, engineering and behavioural science, to the table. Over the course of 13 weeks, they researched the problem and came up with ideas that aligned with the objectives of the GovTech Assisted Living Ecosystem—enabling the elderly to age in their homes, stay within their community and maintain an independent lifestyle.

The entries were judged by experts from the Government Digital Services and Sensors and Internet of Things divisions of GovTech, which meant that everything—from the hardware to the software and user experience of the proposed solutions—came under scrutiny.

Thinking out of the box

Keeping the end users in mind, the NUS teams first spent a few weeks interacting with the elderly at senior activity centres and various heartland areas to understand their needs and preferences surrounding the use of wearable PABs. 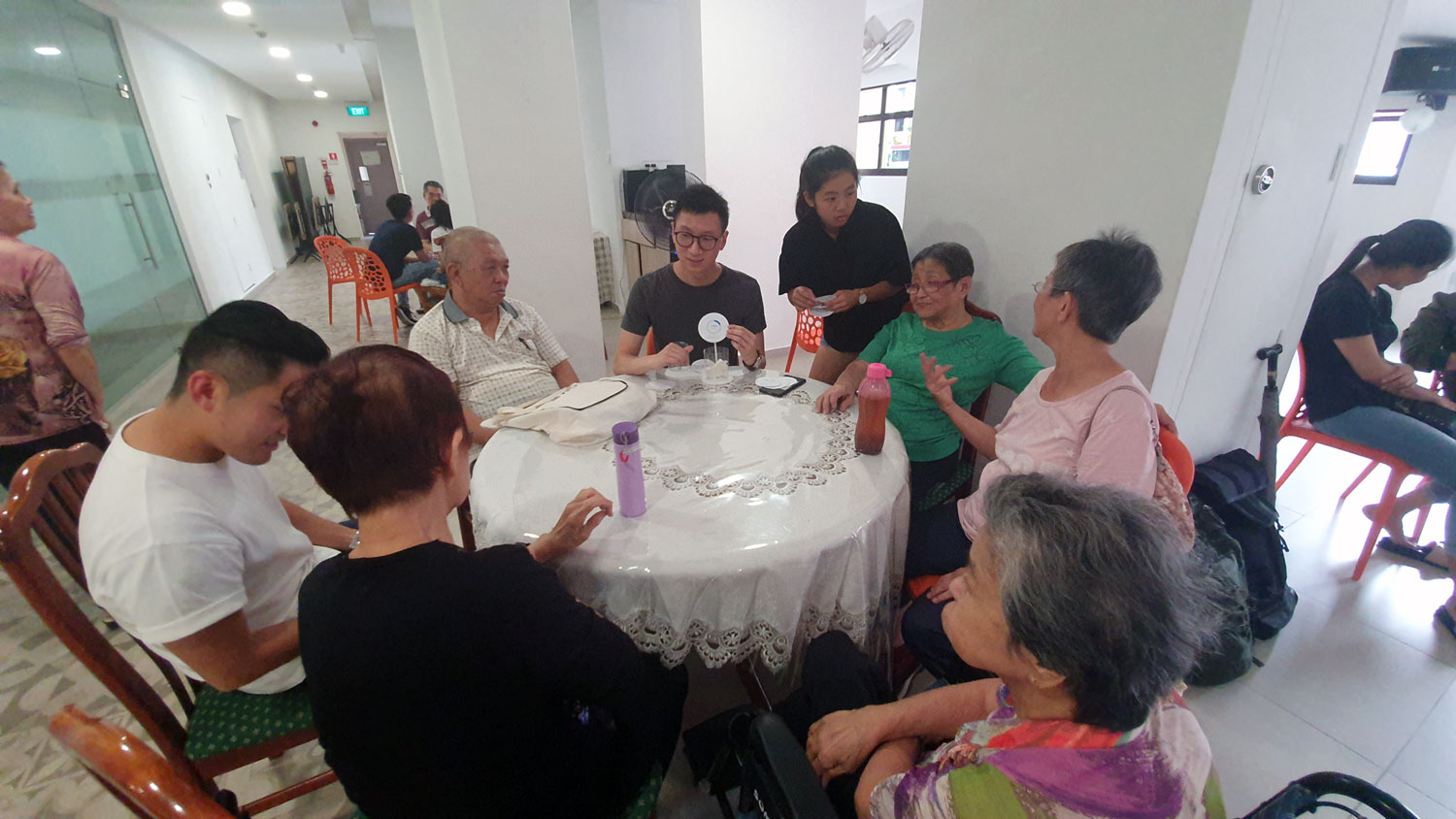 “I don’t feel the need for an extra device” and “I won’t use it if it gets in the way of my activities” were some of the notable insights that surfaced from engaging with the elderly. It appeared that senior citizens were not averse to technology per se, but wanted technology to be easy to use and seamlessly integrated with their lifestyles.

Armed with these insights, the NUS teams then proceeded to conceptualizing and designing their wearable PABs. This was a phase where ideas evolved rapidly; some teams saw their design concept shift from ‘a smart mini plush toy’ into ‘something more practical and worn closer to the body’.

The functions of the potential devices also extended beyond the primary requirement of sending a distress signal, to include social engagement and vital signs monitoring. The teams were clearly thinking out of the box, finding ways to weave their solutions into a larger ecosystem of apps and digital services.

Eventually, three frontrunners emerged among the participating teams. One prototype that caught the eye of the GovTech judges was Buddy, a clip-on badge with a round touchscreen interface that displays a smiley face by default. 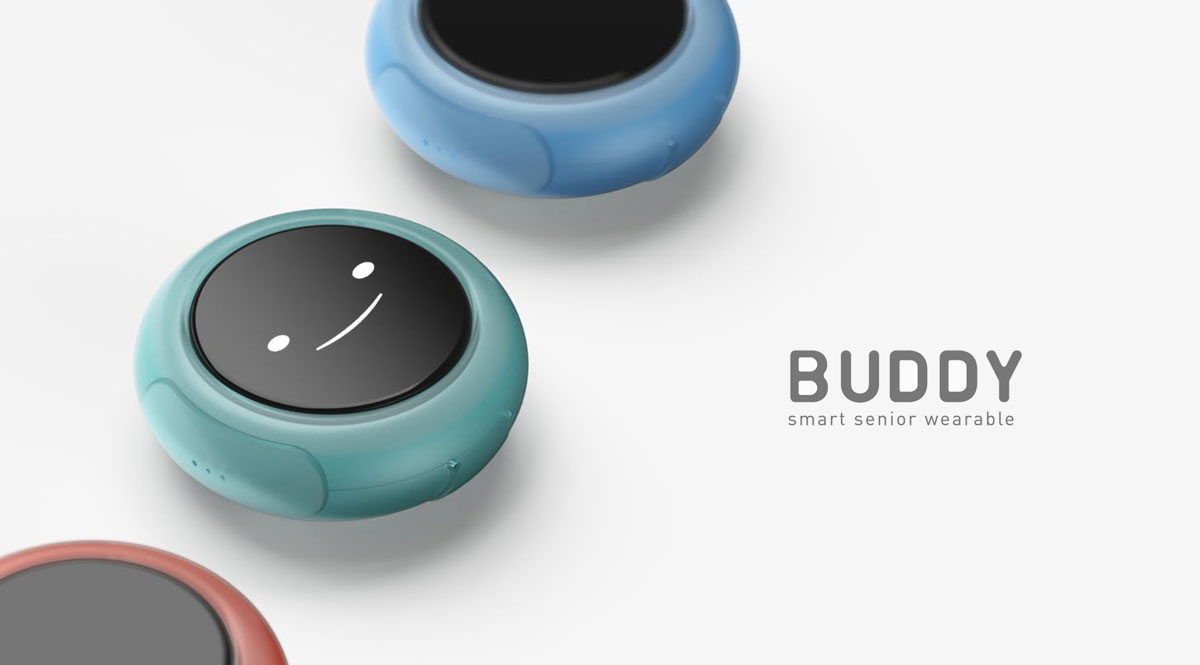 Meant to be worn on the elderly individual’s shirt sleeve, Buddy not only allows the wearer to contact emergency services anytime, and from anywhere, but also provides the wearer with social engagement via its expressive and versatile screen. Studies have shown that many senior citizens also experience social isolation, so a ‘smart companion’ like Buddy could help keep loneliness at bay. 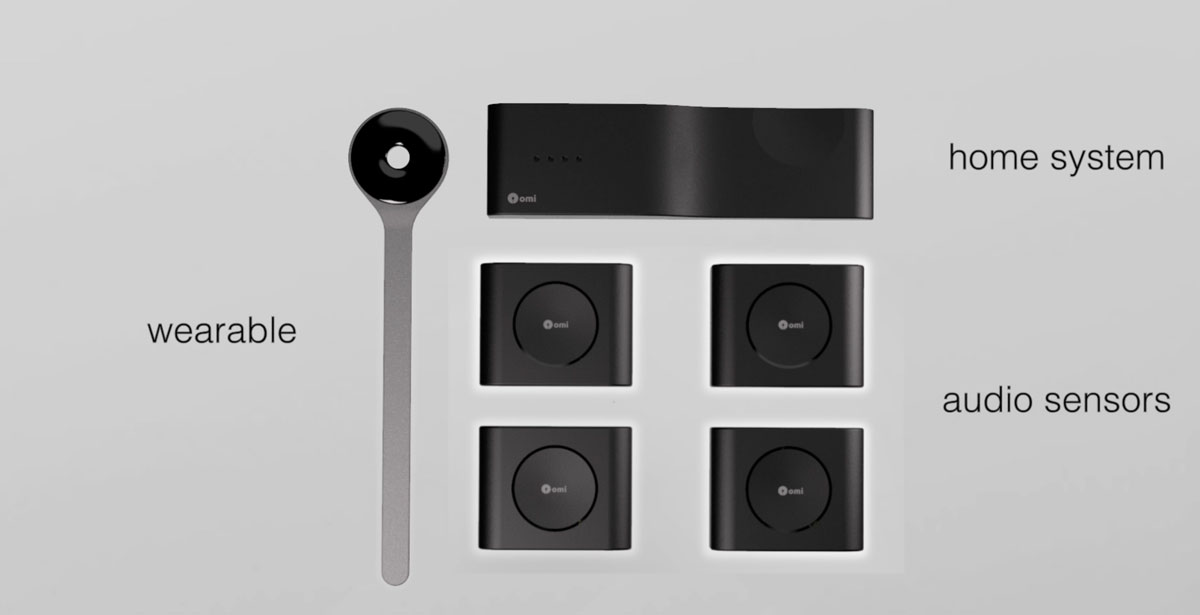 Another innovative solution, called Omi, took the form of a three-part system comprising a wearable wristband, a home system, and audio sensors. The wearable wristband is to be worn by the elderly when they leave their homes, but when they return home, it can be docked at the home system for charging. At home, the audio sensors placed throughout the house sync with the home system to passively detect any sounds of distress, and can be voice activated to call for emergency services.

But the team that emerged as the overall winners had a unique take on the PAB—an ear-mounted device called Cradle. Touted by the team as the ‘Airpod for seniors’, Cradle’s creators noted that the device’s position at the ear puts it in proximity to several of the major blood vessels in the head and neck. This would allow Cradle to continuously monitor heart rate and oxygen levels in the blood in addition to fall detection. At the touch of a button, Cradle will also allow the wearer to contact emergency services. 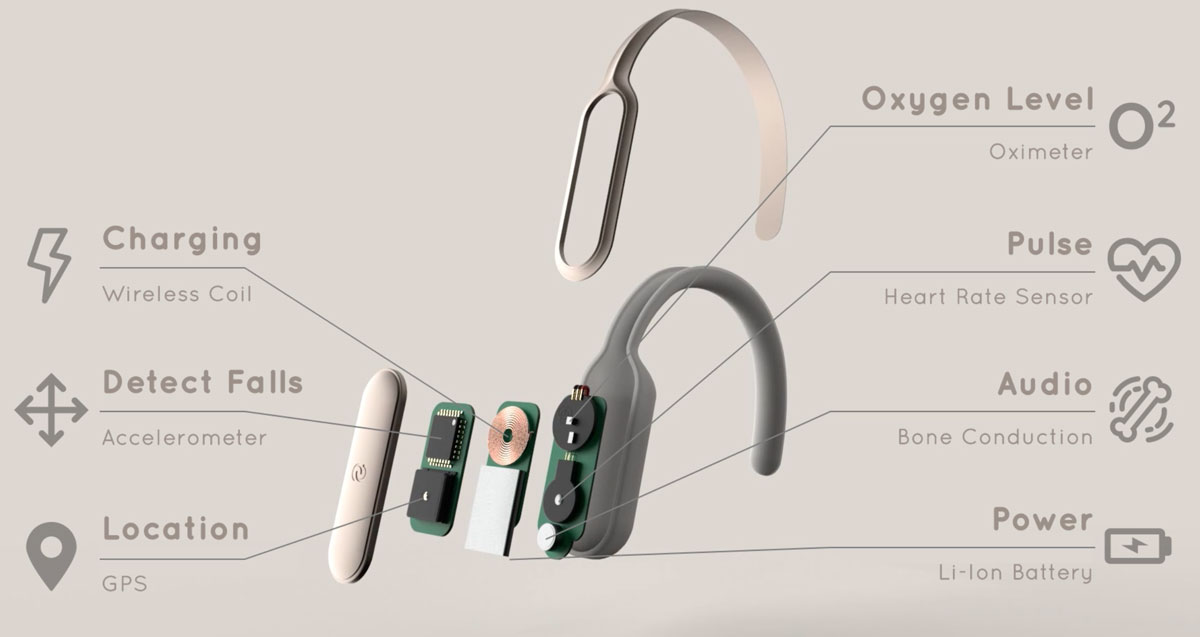 “We thought that Cradle was the most innovative and original concept for a wearable PAB,” said Ms Ng. “It was something that our team probably would not have thought of ourselves because we were too familiar with the project’s constraints.”

Such is the beauty of crowdsourcing innovation—new perspectives and unexpected designs can converge to result in a practical outcome. “GovTech will perform further work on the initial design, as well as explore its reliability,” Ms Ng said. “It might be possible to create a workable prototype in the future and test it with actual users to measure acceptability.”