A behind-the-scenes look at the Parents Gateway app

A behind-the-scenes look at the Parents Gateway app

TL:DR: Officially launched on 2 January 2019, the Parents Gateway mobile app serves as a one-stop platform for schools and parents to connect online. The idea of a centralised digital service was conceptualised by Mr Melvyn Song, executive application consultant at GovTech. Learn more about his journey to bring Parents Gateway from dream to reality.

Children aren’t the only ones who feel excited about a new school semester; their parents arguably experience equal anxiety each time the school bells signal the end of the term break.

From keeping track of a range of academic and extracurricular activities to granting consent for school excursions, walking the journey alongside a school-going kid is certainly exciting.

Whereas in the past, phone calls, forms and face-to-face meetings served as the main channels of communication between teachers and parents, digitalisation is empowering schools to engage parents more effectively, while cutting down on administrative gridlock on teachers.

Embodying these ideals of digital transformation in education is the Parents Gateway, which serves as a one-stop platform for schools to connect with parents on key administrative matters.

Co-developed with the Ministry of Education (MOE), the Parents Gateway (download it via the Google Play Store or iOS AppStore) is driven by Mr Melvyn Song, executive application consultant at the Government Technology Agency of Singapore (GovTech).

He gestated the idea of the app and brought it from ambition to reality. TechNews spoke to Mr Song about the labour of love that resulted in a platform that will eventually serve 600,000 parents and 33,000 teachers across Singapore.

Phase 1: From personal pain points to a prototype

Being a father of three himself, Mr Song is no stranger to the difficulties faced by working adults with school-going children. But what motivated him to create Parents Gateway was the numerous paper documents and forms he kept receiving from his children’s teachers when they were younger.

“There were so many [documents] that I started to misplace some of them! At times, I even found some of these forms magnetised on my fridge (usually past their due dates),” he said with a laugh.

He was quick to see the value of having a centralised portal for parents and schools to interact digitally. It will reduce or remove the need for paper-based correspondence. Eagerly, he began working on prototypes, coding in various functions that he felt would be useful for teachers and parents.

Within a fortnight, a rudimentary version of Parents Gateway was ready—one that will allow schools to send notifications to parents online and let parents grant permission for their child to take part in certain school activities. 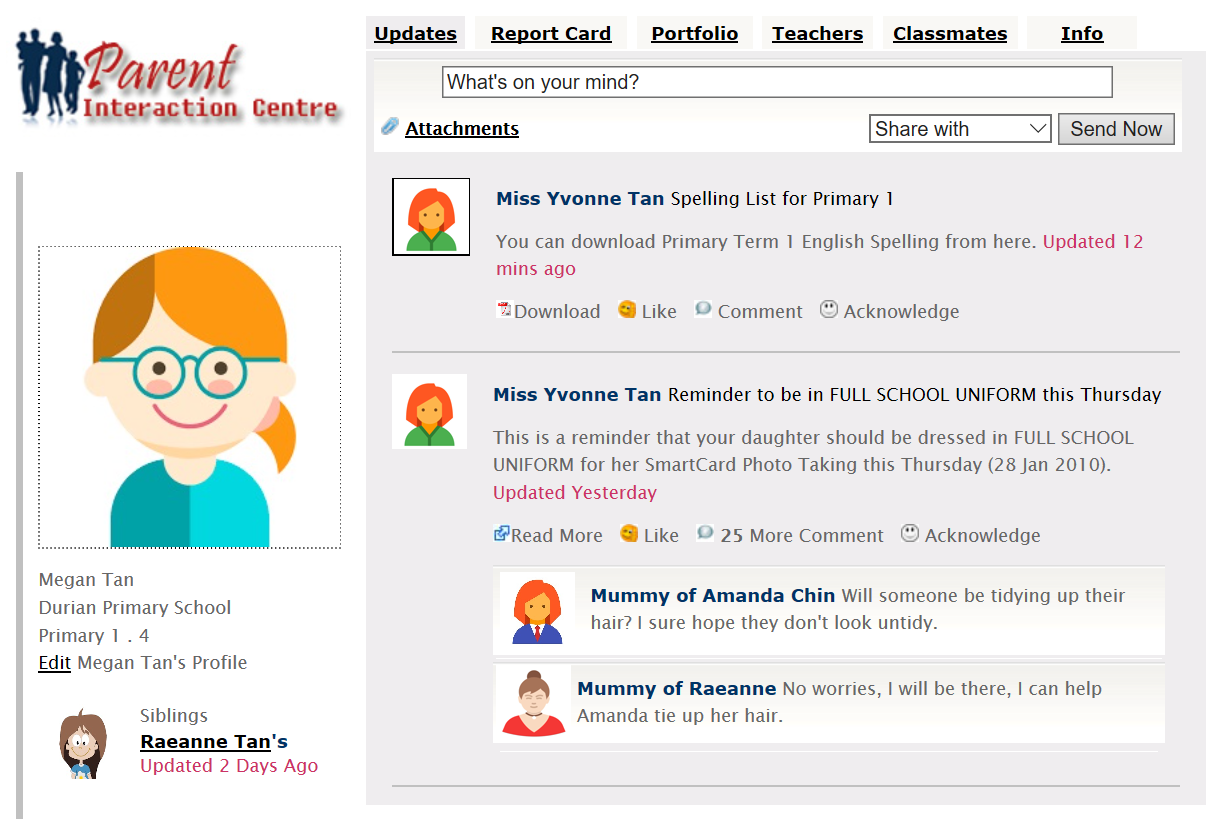 “Towards the end of 2016 there began a push towards digitalisation within the government agencies, including MOE,” Mr Song noted, adding that schools at the time were also starting to focus on streamlining processes and freeing up more time for educators to focus on teaching and learning.

“We started iterating prototypes and wireframes to help various stakeholder appreciate the vision of Parents Gateway. With the support of the management [at MOE] and the Digital Services Accelerator Programme, the stars were aligned.” 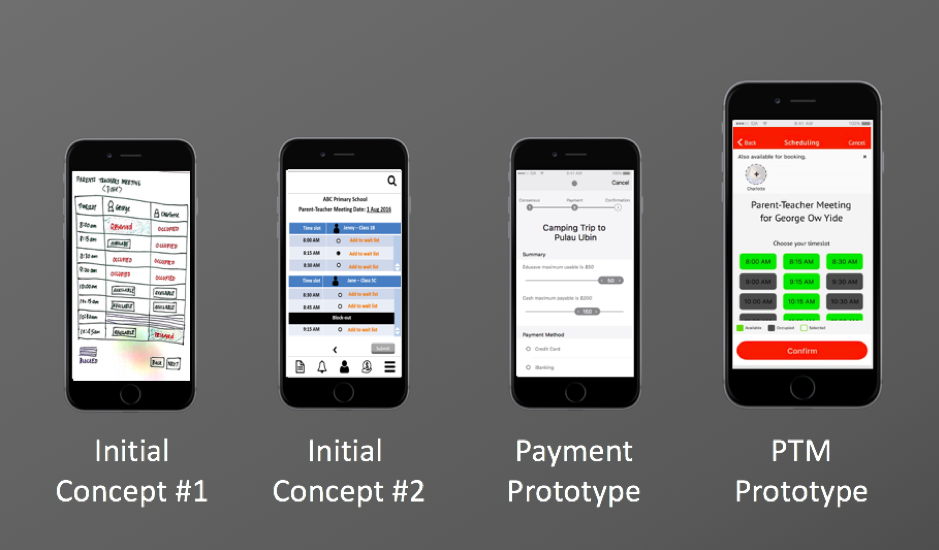 Initial prototypes of the app developed in 2016

Mr Song went on to build a team that would help realise the vision for Parents Gateway. In addition to software developers and business analysts, the team was augmented with MOE education officers who formed an integral part of the project. 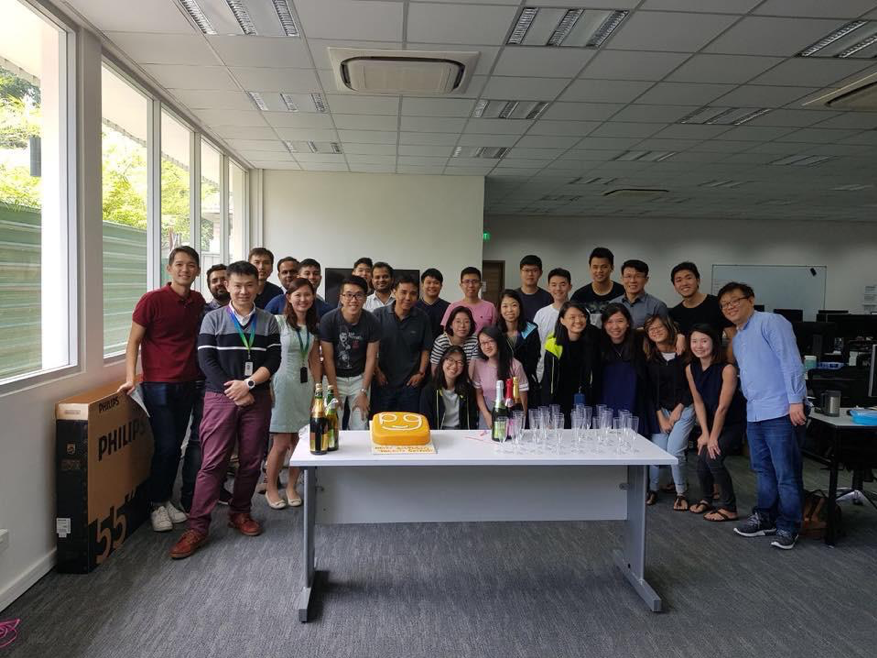 “They [MOE officers] have the relevant experience and knowledge of processes in schools, so we were able to bounce ideas off them quickly, then design the application based on their recommendations. This helped to cut down the number of rounds of iterations which otherwise would require more time interacting with schools,” he explained.

The team also did extensive research, consulting over 1,200 teachers and at least 2,000 parents to understand their needs. “When we build a feature or change something in Parents Gateway, it impacts more than 300 schools and 600,000 parents, so we need to take a practical and conscious approach.” 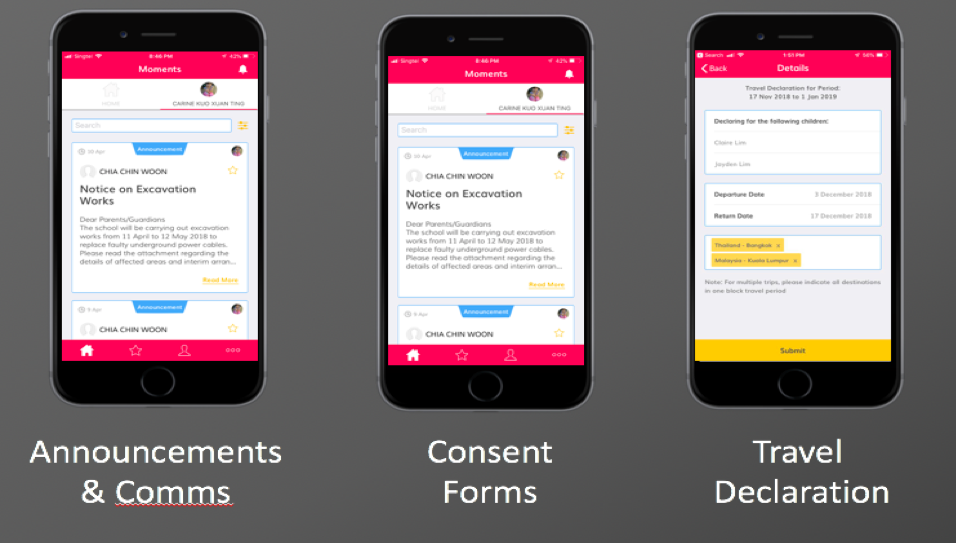 By January 2018, Mr Song’s team was ready to field test a viable version of Parents Gateway. Ten schools were enrolled during the alpha phase which ended in October 2018.

Mr Song hopes that Parents Gateway can help to reduce administrative workload by at least 30 minutes per teacher per week, and that parents can have a positive experience using the app.

“Ideally, the app will help to reduce the angst around administrative paperwork for both parents and teachers. This is only the beginning. Depending on the feedback we receive, we will implement more features frequently to meet other needs,” he added.

Going forward, the team plans to use Parents Gateway to share information and resources to provide greater support for parents when their children are choosing schools or preparing for exams. 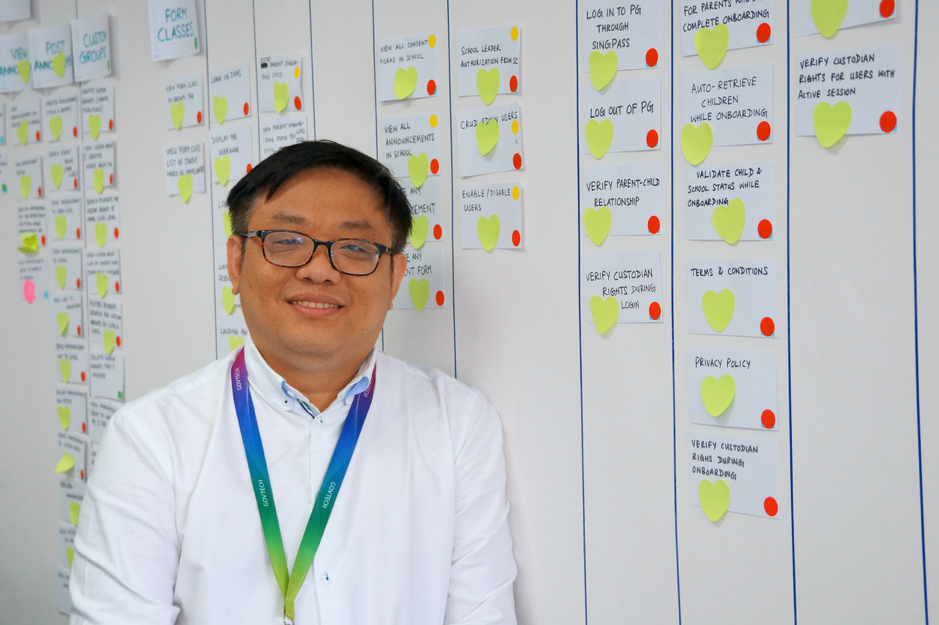 Melvyn Song gestated the idea of the Parents Gateway

Like a proud parent, Mr Song gets emotional whenever he sees parents using the app in malls or at the hawker centres.

This project has also benefited Mr Song’s personal development and he is grateful for the support and opportunities given to lead and drive it.

He had to adjust his leadership style and mindset from relying on outcome-based management to one that looks at team optimisation. Managing multiple stakeholders and appreciating diversity is also part and parcel of his job now.

In the new year, Mr Song hopes to see more public officers taking ownership for what they care for and start to “think bigger, fail faster, and learn quicker” to create better digital services for Singapore.