Reservoirs in Singapore are awesome. Not only do they provide the fundamental resource of water, they are also great recreational spots for water sports, hiking, and running. 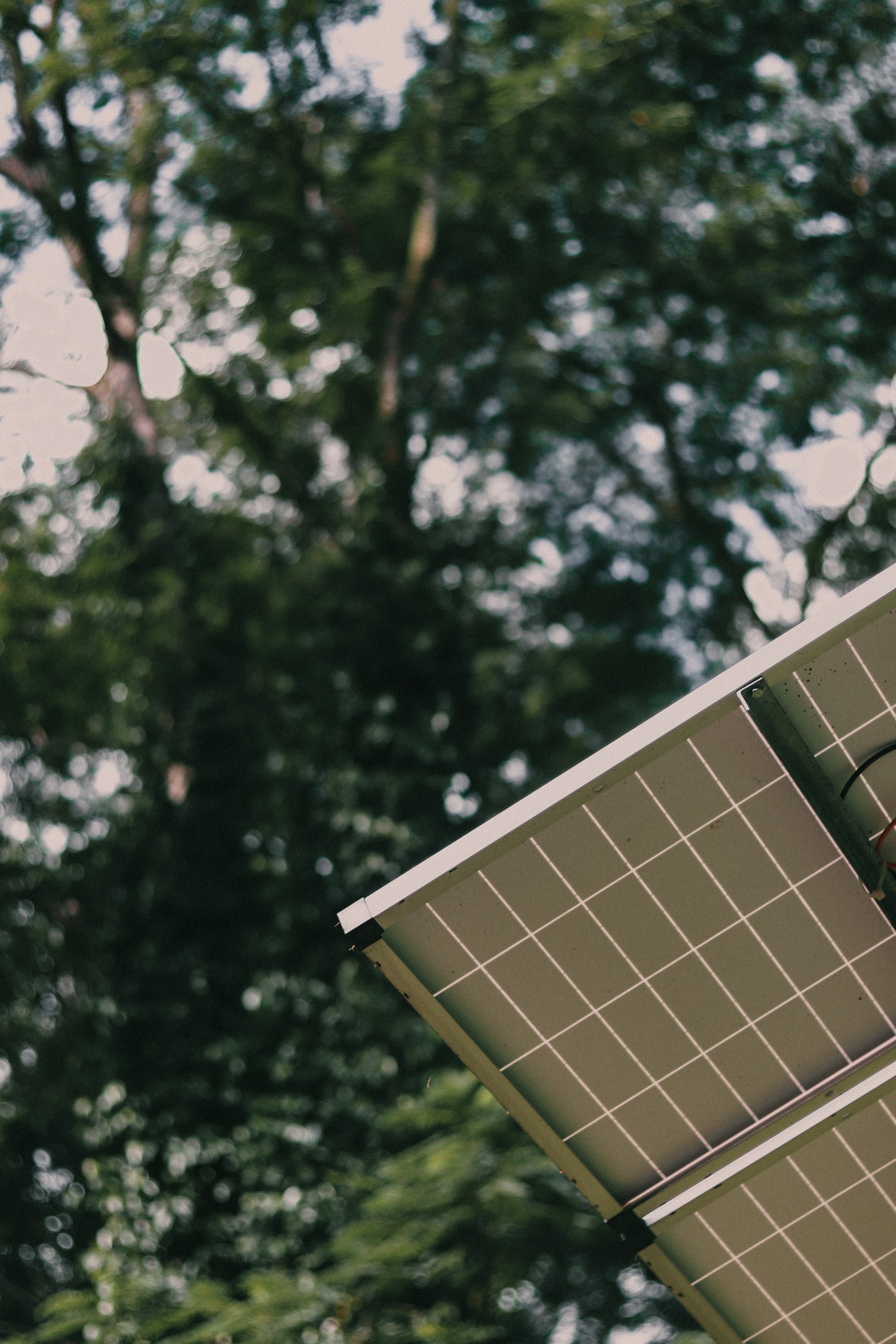 Why is solar power an ideal alternative energy source? Read on to find out! Photo by Joshua Tsu on Unsplash

Its 10 islands of solar panels, about the size of 45 football fields, consists of 122,000 panels that can produce enough electricity to power 16,000 HDB four-room flats for a year.

The solar farm is part of Singapore’s push to have 2 per cent of its energy needs met by solar energy in 2025. In 2020, solar energy contributed just 0.56 per cent of all energy generated nationwide.

Just what is solar power?

Solar is about harnessing the energy of the sun. One major way of doing this is through photovoltaic (PV) panels, such as those deployed on Tengeh Reservoir. The PV cells absorb energy from sunlight, creating electrical charge within the cells and causing electricity to flow.

Another type of solar energy is concentrating solar-thermal power (CSP), which uses mirrors to reflect and concentrate sunlight, converting it to heat energy that can be used for heating or running electrical turbines.

Fun fact: Although solar energy is often talked about as the energy source of the future, inventors were filing patents for solar panels as far back as the 1880s! Check out this link to see a picture of solar panels installed on a New York City roof in 1884.

As an island nation that is vulnerable to the long-term effects of climate change, Singapore has explored alternative energy but its options are limited as:

Solar energy is therefore the most viable especially with our tropical “summer all year weather” providing us with 50 per cent more solar radiation than temperate countries. In addition, solar energy is:

However, there are still obstacles such as high cloud cover across Singapore (the days when we feel some relief from the scorching heat) and limited land for large scale deployment of solar panels.

The Tengeh Reservoir floating solar farm is a good example of how we’re overcoming land constraints, but the effort to boost solar energy adoption has been years in the making.

Singapore’s solar PV capacity grew a whopping 38 times between 2012 and 2020. This was driven by significant jumps in the non-resident private-sector installations and town councils (mainly on the rooftops of HDB blocks). 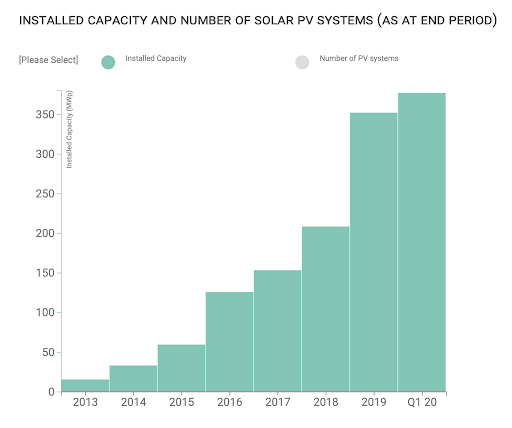 As of December 2020, almost 2,500 HDB blocks have been installed with solar panels. Electricity that is generated is used primarily to power common services in HDB estates, with excess energy channelled into the electrical grid. On average, HDB blocks produce more energy than they consume, thus achieving net-zero energy consumption at common areas!

To keep up the good progress in renewable energy, the government has also called for tenders in March 2021 to equip another 6,900 blocks with solar power systems. According to the HDB, this is equivalent to powering 82,500 four-room flats with solar energy, potentially reducing carbon emissions by 198,000 tonnes a year.

Other public sector buildings getting into the act include schools and fire stations.

A major reason for this rapid growth is the 2014 launch of the SolarNova Programme, which promotes and aggregates demand for solar energy across all government agencies, thereby reaping economies of scale.

What the future holds

Solar power capacity will continue to be ramped up to meet the nation’s 2025 target. We are already planning to have two more large scale floating solar farms at Lower Seletar Reservoir and Pandan Reservoir.

Beyond that, Singapore aims to deploy at least 2 gigawatt-peak (GWp) of solar energy by 2030, or the equivalent of powering about 350,000 households for a year.

Another trend that is catching on in recent years is to blend solar panels into the overall facade of a building in an aesthetically pleasing manner. Known as Building Integrated PV, prominent examples include the Sports Hub and Biopolis. Now you’re not just saving the planet, you’re doing it in style!