The Mona Lisa. Fur Elise. Swan Lake. Whenever we think of art, these are some of the examples that come to mind, representing monumental expressions of creativity that continue to stir emotions across centuries. 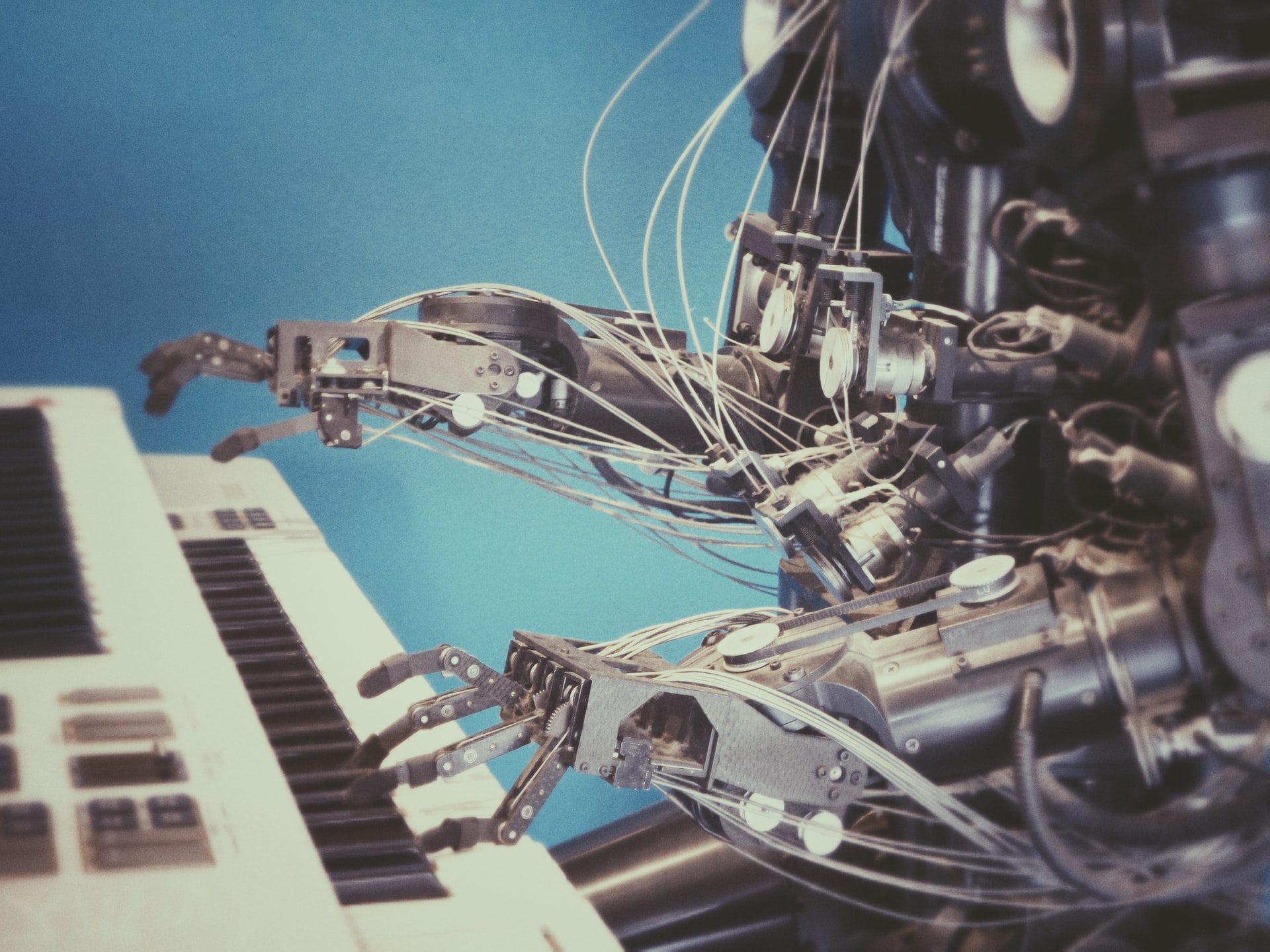 Can AI create art and music? Photo by Possessed Photography on Unsplash

Art is often thought of as a singularly human pursuit. But with the rise of artificial intelligence, or AI, in recent years, many tasks that have long befuddled computers (such as differentiating between photos of dogs and cats) are now easily performed by them.

Given the rapid technological progress, we ask the question – can AI create art?

Art is in the eye of the beholder

There’s no straightforward answer to this question because there’s no straightforward definition of art in the first place. As the examples in the introduction show, art comes in many genres, to say nothing of the vast differences within genres themselves. Leonardo Da Vinci and Banksy are both painters. Beethoven and Beyonce are both musicians. And Swan Lake and Hamilton are both performing arts.

Humans themselves don’t agree on whether something – like, say, an upside down urinal – is art.

For the sake of simplicity, let’s group everything (music, literature, painting, dance, and all that jazz) under creative activity. Or we can adopt the maxim “l know it when I see it”.

The future is now

In a way, “can AI create art” is already an outdated question, since there are instances of it already happening.

Going back to Beethoven, his incomplete 10th Symphony was recently finished thanks to a group of music historians, composers, and computer scientists who applied AI to the task.

A machine was fed the celebrated composer’s entire body of work as well as his creative process. The team knew they were on the right track when music scholars and experts listened to one of the iterations and couldn’t tell where Beethoven’s original notes ended and the AI’s additions began.

Or consider these paintings that wouldn’t look out of place above the mantelpiece in a castle. Except that the work did not come from a painter’s brush but from lines of code. Other examples abound of AI-generated artwork that look right at home in the surrealism section of a museum. All users have to input are phrases like “a summer day” or “city lights at night” and the AI model does the rest.

What about other branches of art? In dance, AI has been used as a choreographic tool, producing moves for both human and robot dancers.

And of course, a lot has been said about AI-generated text. In 2020, The Guardian published a news )column written by AI. The machine was fed a prompt of “why humans have nothing to fear from AI”. The human editors’ verdict: “Overall, it took less time to edit than many human op-eds.” There’s also this poignant piece by a writer who uses AI to assist her in writing about her sister’s death, something that had been too painful for her to write about for many years.

Is what is created actually creative?

So AI does produce things that look and sound like art and are generally indistinguishable from human work.

Yet if we go back to the definition of art as creative expression, then AI art doesn’t meet that standard. After all, the basic way that machine-learning powered AI works is to be exposed to lots of examples and then make a prediction of what comes next.

Show a machine all of Beethoven’s music so that it can predict what note should come next when given an incomplete Beethoven symphony. In that sense, there’s no originality involved, merely a very skilled copy with certain variations. It’s making a statistical guess of the best output, not producing something out of heartbreak, joy, anger, or any emotion normally associated with the arts. And it’s certainly not doing so out of an innate desire to express itself.

Still, some would argue this is akin to disqualifying AI art as art on a technicality. If we use the “I know it when I see it” yardstick, and what we see can’t be differentiated from “the real deal”, then does the lack of emotional motivation behind the production really matter?

As for the lack of originality, human artists themselves are constantly inspired by what came before them. Shakespeare drew from Chaucer. Mozart had a strong influence on Beethoven. So could it be said that AI is also standing on the shoulders of giants, making something new after learning from the best?

Ultimately, the question of whether AI can create art seems to be one that is more about philosophy than technology.

As tech improves inexorably, this question will become more central and gain greater urgency. Our discussion today threw up some themes and perhaps even more questions, but there’s no definitive answer right now. And we suspect there won’t be for a while yet.