Not all heroes wear capes, skintight outfits or appear in films directed by Zack Synder.

In Singapore, some heroes are comparatively small, silent creatures that operate behind the scenes to keep Singapore running. 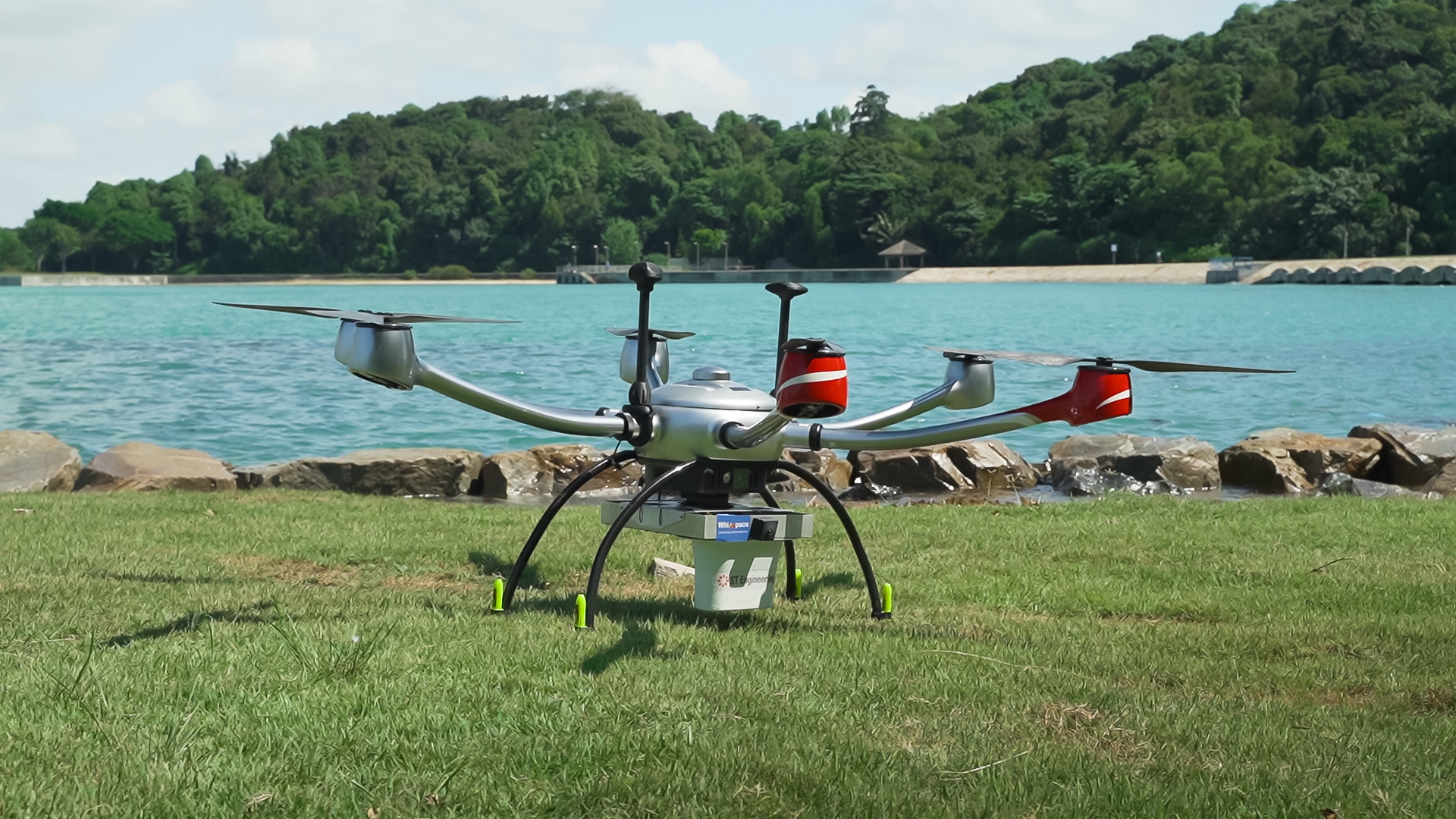 The next time you are out, look up, you might see one of these hard workers going about their daily duties! PHOTO: GovTech

We’re talking of course, about drones. Since their inception, various agencies in Singapore have been trying to use them to make tasks easier, safer and more efficient.

Let’s take a look at some of these ‘silent’ heroes and the jobs that they do – some of them are on trial, yes, but hey, it’s always fun to take a glimpse into the future.

With Singapore facing a record number of dengue cases this year, it is a priority to eliminate dengue hotspots this year. Some of these hotspots though, are located in areas that might be challenging to carry out anti-dengue operations.

To solve this, NEA has been using drones to check for mosquito breeding. The drones can fly over houses, and look out for potential breeding sites such as the roof gutters in private estates.

Building inspections can be dangerous and time-consuming affairs, where there is the risk of accidents and falls. Not to mention, a lot of equipment and manpower is needed to ensure this happens safely.

The results are pretty impressive – the use of drones saves up to 80% for time and only uses 60% of the cost required for a conventional inspection.

Most drones rely on 4G and WiFi for operation and navigation. However, when out at sea, both of these signals are affected by sea waves, weather conditions and passing ships.

That said, SLA and GovTech is running trials with a way to get past this, by deploying a large drone that uses TVWS (TV White Space), which, at the risk of sounding very nerdy – is the inactive space found between channels actively used in UHF and VHF spectrum with frequency spans from 470 MHz - 790 MHz.

In real world terms, this means that the drone can theoretically be piloted for a range of 10 km, and can stream live images of the remote Southern Islands using TVWS. This is something that many commercial drones can’t do.

Currently, SLA officers have to travel by boat and on foot to carry out manual inspections on the general upkeep of the islands i.e. grass cutting, housekeeping, pest control, arboriculture and horticulture works.

If it all works out, this drone can help inspections on the island to be done remotely and also more efficiently.

Keeping us safe, from the skies

We might not have those police helicopters as they do in the United States, but the Singapore Police Force and HTX (Home Team Science and Technology Agency) are developing drones that give operators a clear picture of the ground situation instead.

These drones have a range of a few hundred metres, and are equipped with cameras with high powered zoom lenses – they are kinda like a hawk patrolling its grounds. In addition, they are also capable of missions up to 30 minutes, reducing the need for manpower.

Singapore deployed them this year in a trial, monitoring industrial areas on the western part of the island, as well as areas that are susceptible to crimes such as housebreaking and theft.

Read more about these protectors from the sky here!

Keeping calm and swimming on

Unlike all the other drones we’ve mentioned earlier, the NUSwan is a swimmer, not a flyer.

Beneath their elegant exteriors, they have propellers instead of legs, and can operate for hours without the need for sustenance. They’re also built to survive close encounters with boats – talk about durability!

These robot swans patrol Singapore’s reservoirs and keep us safe by assessing pollution and the drinkability of water. Sensors located in the NUSwan measure oxygen levels or chlorophyll, and stream these in real time back to a central command centre – which can also control them remotely.

Yes, that’s right – an army of Robot Swans – it’s no wonder they decided to film Westworld in Singapore.

It’s amazing how fast technology develops! Just a decade ago, few of us would have imagined the uses that drones have today. With that in mind, what the future for us will be equally mind-boggling.

What we do know though, is that they’re here to stay. The next time to see a drone out in public, don’t be alarmed!

Chances are, like us, they’re just doing their job.