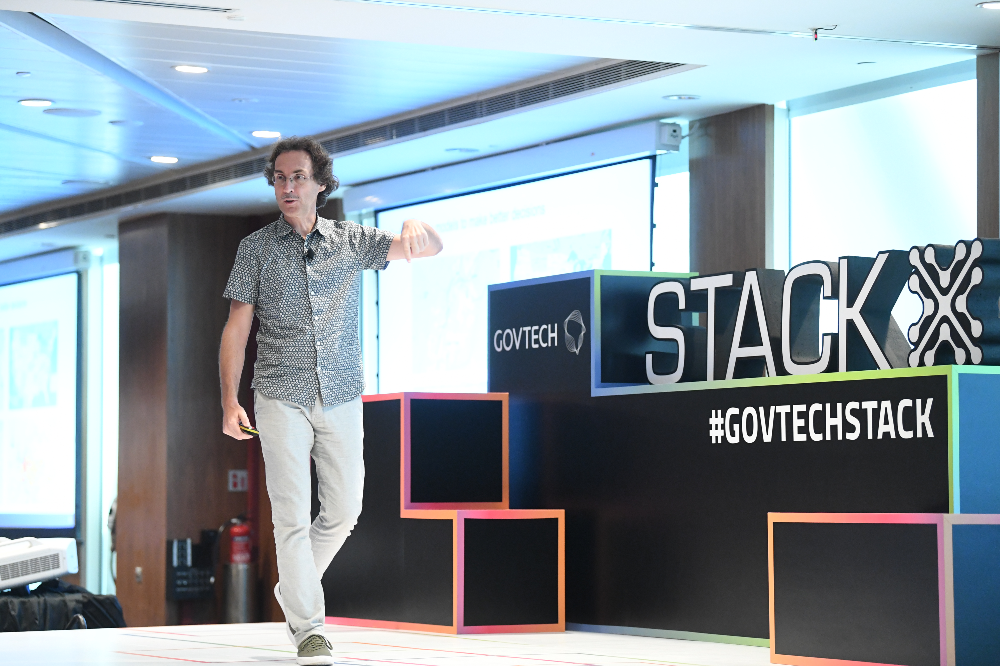 Cloud architect and Smart Nation Fellow Mr Gregor Hohpe gives his take on how organisations can accelerate digital innovation while reaping the benefits of greater flexibility and resilience.

“No business has ever complained that their IT is moving too quickly,” says Mr Gregor Hohpe, Smart Nation Fellow at the Government Technology Agency of Singapore (GovTech). In fact, with the likes of Facebook, Amazon, Grab and Go-Jek delivering massive value to consumers around the world, other organisations—including governments—want to emulate what they see as rapid digital innovation that enables new and better ways of doing things.

Speeding up digital transformation in the Singapore government is exactly what Mr Hohpe joined GovTech to do. In his previous role as technical director in Google Cloud’s office of the Chief Technology Officer, Mr Hohpe helped Google Cloud’s private sector partners transform their IT to maximize the benefit they obtain from migrating to cloud computing platforms. He now brings this expertise to bear in accelerating the Singapore government’s cloud-centric strategy for providing digital services to citizens and businesses.

In an original post on his personal LinkedIn page, Mr Hohpe emphasises that “speeding up is more than going faster”, highlighting other benefits associated with being able to innovate rapidly in the digital space. Here are four key takeaways.

Designing and building IT architecture is often seen as time-consuming, tedious and costly aspects of digitalising an organisation. Rather than view this as slowing down the pace of innovation, leaders of digital transformation should see it as a critical investment for developing future capabilities.

“In a rapidly changing environment, a solid architecture actually becomes more valuable: it helps you not get stuck because you painted yourself into a corner,” he says. “Architecture gives you options, and those options come in very handy when there’s a sudden need to increase capacity or to add new functionality that wasn’t planned.”

Under pressure to deliver a digital solution quickly, organisations may elect to stick to existing protocols but execute them faster. Mr Hohpe thinks this is analogous to throwing more coals onto the fire of a steam engine. Initially, it works—the steam engine will speed up, but above a certain threshold the boiler will burst, and the engine will blow up. Hence, this is not a sustainable strategy for speeding up.

Instead, he recommends that IT architects within organisations review processes and fundamentally rethink the way they develop and deliver solutions. For starters, that could mean looking for areas of “friction”.

“Organisational friction takes many forms: slow software builds, lengthy approval processes, outdated policies, tedious quality gates [and so on]” Mr Hohpe says. “If you want to speed up, instead of pushing harder, you need to determine which of these friction items can be removed without compromising on quality or transparency. For example, automated builds and real-time dashboards can give you quality and transparency without slowing you down.”

Identifying areas of organisational friction is one thing, but getting rid of them is another. Here, Mr Hohpe suggests increasing developer productivity with platforms.

“The Government Digital Services division at GovTech has several teams that build common platforms to help agencies and our own teams adopt modern development styles like agile, DevOps, and Lean development,” he says.

Leveraging platforms, organisations will not only be able to move faster, but also increase the flexibility and resilience of their digital solutions.

“For example, many enterprises are stuck in the apparent conflict between cost and system availability: the traditional way to make systems more available was to add more hardware to better distribute load and to have a standby system in case of a critical failure,” Mr Hohpe says. Cloud breaks this apparent conflict with elastic cloud infrastructure. “You [can] quickly provision new hardware and deploy software when the need arises.”

Yet another side effect of speed, flexibility and resilience is disposability. “Disposing and re-creating your systems ensures that you are in a well-defined, clean state, free of disturbance by malware or by a developer who ‘just needed to make that small fix’,” he says.

“So, speeding up does a lot more for your organization than just making it go faster. It allows you to work in completely different ways that break existing assumptions.”