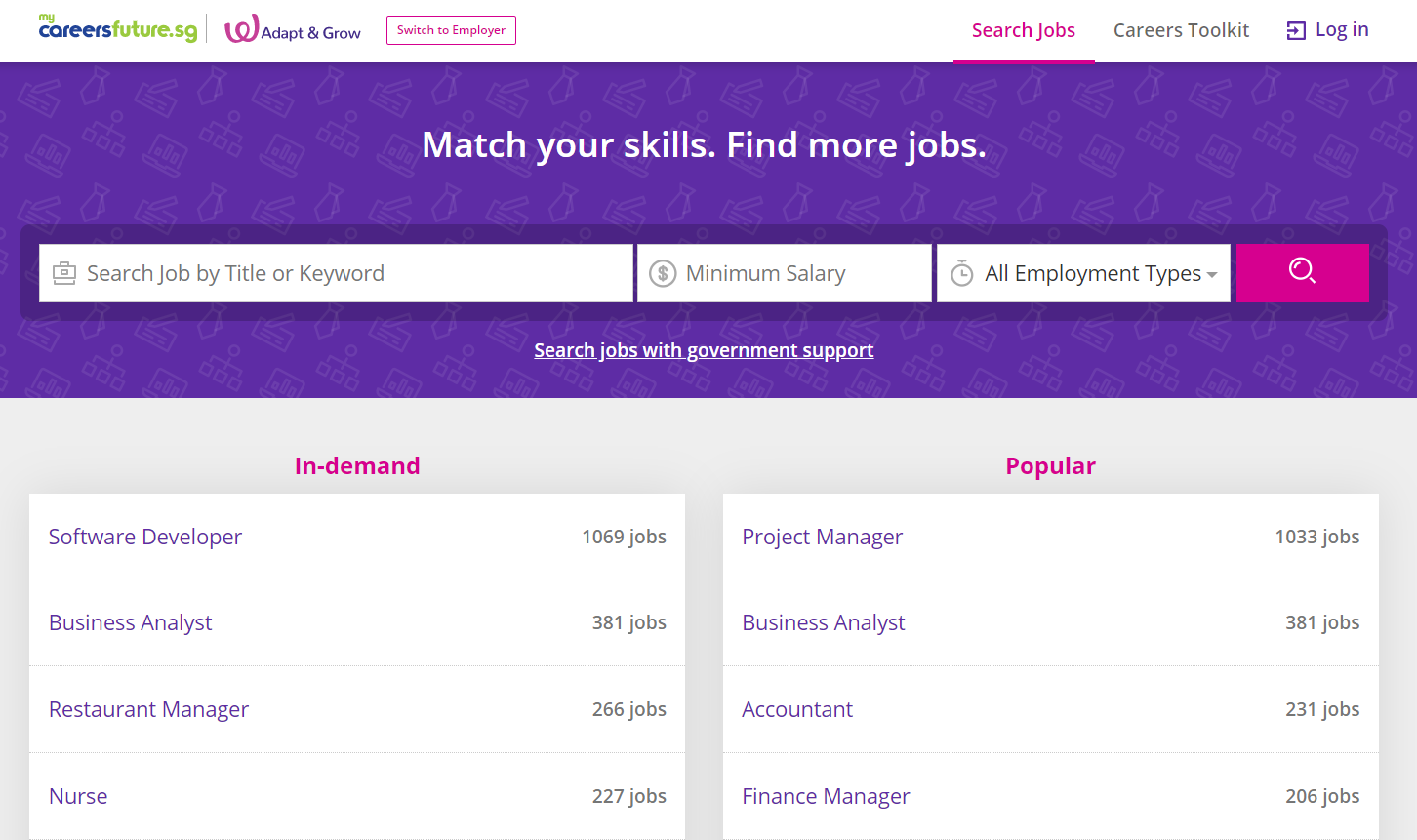 Persons with disabilities may have difficulty navigating the MyCareersFuture.sg portal to find employment. Mr Dickson Tan, software engineer at GovTech, is helping to change that.

Gone are the days when job hunting involved flipping through the classified ads in the newspapers. In the internet age, employers have moved their talent search online to gain access to a bigger, global pool of candidates, and employees have more choices when scouting for positions posted on job portals.

One such portal is the MyCareersFuture.sg platform, developed by the Government Technology Agency of Singapore (GovTech), which serves as a digital one-stop repository and resource centre for hirers and job seekers. From creating job alerts to ranking job applicants by suitability, both sides of the recruitment fence stand to gain from the new features of the government-hosted job-matching site.

But simply moving hiring processes online is not enough—the inclusivity of job portals ought to be taken into consideration as well. For example, people with partial or total loss of vision will have difficulty navigating an online job portal. GovTech thus recognises that greater effort needs to be put into augmenting the very fabric of a web page to make it fully accessible to all individuals.

One of the ways to navigate a web page is to mouse over icons and click on them. This still requires one to watch where the cursor goes, an interface that could be difficult for use for person with vision loss. For others with limited upper limb mobility, the fine motor control required to use a mouse may also impede web page access.

To solve these problems, the MyCareersFuture.sg team at GovTech endeavoured to make every corner of the job portal accessible by keyboard. “All our search filters, including the trees for selecting government support schemes and location filters, are now completely operable via the keyboard—they can be reached via tab navigation. The arrow keys move through options, and the spacebar toggles selection,” said Mr Dickson Tan, a software engineer at GovTech.

In addition, the user account menu that previously only appeared when a mouse cursor was hovering over it can now be called up at the stroke of a key. Various instances of links or buttons that could only be activated via the computer mouse are now keyboard operable too, Mr Tan quipped, adding that it was just as important to make sure that everything displayed on the page was compatible with screen readers - a form of assitive technology to help people with visual impairement.

“For example, we’ve fixed the skills input function. Before we patched it, the skills were not read out correctly by screen readers and were difficult to select or deselect,” Mr Tan explained.

These accessibility tools implemented by Mr Tan came from a deeply personal place—he is legally blind and has experienced first-hand some of the difficulties in job hunting, be it online or offline. Notably, the enhanced keyboard-based user interface benefits not only those who are visually impaired or who have limited dexterity but is also useful for “anyone who is eating with their ‘mouse hand’ while on a computer.” In other words, accessibility options tend to serve a wider group than their originally-intended audience, which is why Mr Tan is motivated to do what he does.

During a sharing session at The Enabling Village located in Redhill, Singapore, Mr Tan spoke about how certain employment practices can discriminate against persons with disabilities.

“In the tech sector, it’s pretty common for employers to conduct an online pre-interview test to screen for technical competency,” he said. However, some of the tests may include screenshots of programming language. As a result, screen readers would not be able to read out the code to him, putting him at a disadvantage.

To ensure a more level playing field for job applicants, employers can avoid the use of such screenshots in tests, and if the test is to be conducted at the organisation itself, test terminals ought to have open-source screen reader software installed.

Accommodations at the workplace can also facilitate productivity and seamless cooperation between people with visual impairment and their colleagues. Illustrating this point, Mr Tan highlighted that GovTech had enabled a screen reader tool that allows two people to edit code at the same time from two different workstations. This makes collaboration more convenient for him, since he can rely on his workstation’s screen reader to quickly understand what his colleague is doing, rather than have his colleague constantly verbalise code changes to him.