How tech changed transport in Singapore

How tech changed transport in Singapore

Our streets might still be quieter than usual, but pre-COVID, millions of commutes were made every single day in Singapore, whether it was by motorists zipping down our expressways, passengers travelling on our MRT lines, or bus riders steadily moving along bus routes. 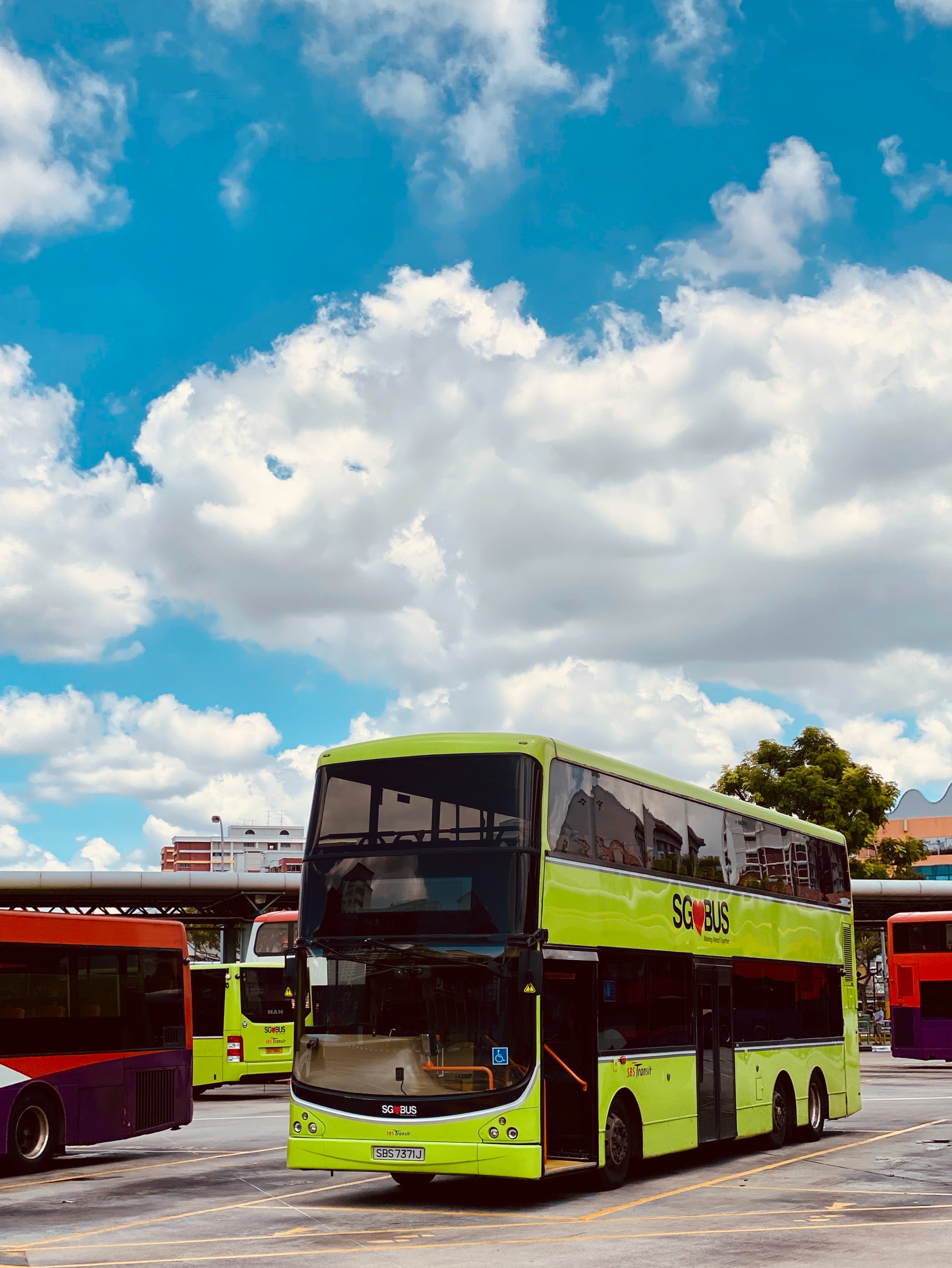 Did you know that AI was used to improve bus routes? Photo by Jiachen Lin on Unsplash

Keeping Singapore moving is no doubt a herculean task involving the maintenance of roads, train tracks, and other heavy-duty infrastructure. Beyond these engineering feats, tech has played a major role in making transport here more seamless and convenient. (Pssst, GovTech actually uses AI to simulate bus rides for better planning).

Let’s take a look at some of these other innovations in public transport, roads, taxis and even bicycles that have kept the country moving.

Once upon a time, it took two people to operate a public bus – one to drive, and the other to collect fares and issue tickets. The bus conductor carried stacks of bus tickets, issuing one to each passenger and punching a hole in the ticket to indicate the bus stop where the passenger boarded.

In 1975, SBS started introducing the one man operation ticketing system into selected bus routes. With this system, passengers dropped the exact fare amount into a box while the driver issued the ticket through a machine. Yes, just the ability to pay cash not directly to a human was considered cutting edge technology back then. Still, bus conductors continued to be a part of many bus journeys until 1984, when SBS fully implemented the system.

While the new system was a big improvement, there was still a significant drawback – riders had to have the exact fare on them as the ticketing machine didn’t issue change. Five-cent coins were particularly useful during this era as certain fares were in multiples of five, 35 cents for example.

Hence, the magnetic farecard system was launched in 1990, heralding the start of the cashless fare system in Singapore. These farecards were inserted into a farecard validator and passengers hit the appropriate button to pay the amount they needed. The card is then returned with a paper ticket. When the farecard was low in value, riders could top them up with cash.

Best of all, these farecards could also be used for MRT rides, integrating the ticketing systems. There were even commemorative farecards issued – such as this set of Star Wars cards launched in conjunction with The Phantom Menace hitting big screens.

Another added layer of convenience through contactless payment was added in 2002, when EZ-Link cards were rolled out. With these new cards, passengers simply tapped the card at the card reader when they board and when they disembark.

To curb congestion on the roads here, Singapore has operated some form of congestion pricing since )1975 by charging drivers a fee for driving in certain areas during peak hours.

The first such system was the Area Licensing Scheme, which designated the Central Business District as a restricted zone. Drivers that wanted to enter during the restricted times had to buy and display a special decal on their vehicles.

Sounds simple enough, but the difficulty was in enforcement. Officers were situated at every entry point to the CBD and manually inspected vehicles for the decals. Because they were not supposed to slow or stop traffic (this would have defeated the purpose of congestion pricing) to carry out their inspection, their work required some serious eye power.

Enforcement officers continued to eyeball vehicles for more than two decades until 1998 when Electronic Road Pricing was launched. All vehicles in Singapore were outfitted with in-vehicles units with cash cards that motorists had to keep topped up. At the same time, large overhead gantries spanning the entire road were progressively set up at different points of heavy traffic flow. These gantries could automatically scan the in-vehicle units and deduct the appropriate toll from the cash cards. As such, all motorists had to do was ensure their cash cards had enough money.

In 2020, it was announced that new ERP units will be installed in vehicles starting from the second half of 2021. By 2023, these new units will work with the new satellite-based ERP system, which will do away with the need for ERP gantries.

Stick your arm out on the side of a street, flag a taxi, and your ride stops next to you. This action used to be commonplace but is becoming increasingly rare thanks to the digitalisation of getting a taxi.

And this digitalisation started way before smartphones and apps became ubiquitous. For instance, taxis started accepting NETS payment in 2006 and passengers could book rides through the internet starting from 2009.

This forced established taxi operators to up their game, improving their booking apps’ user experience and coming up with new fare structures such as fixed pricing.

As for the private hire car apps, quite a few new players entered the scene – Ryde, Gojek, Urge, Jugnoo – but only a few had staying power in a competitive market.

The humble two-wheeler driven by pedal power got a huge dose of tech in 2017 when three bike-sharing companies – Mobike, oBike, and Ofo – set up shop in Singapore within months of each other.

The idea was to spread shareable bikes across the island so that anyone who wants to rent a bicycle can scan the QR code on it, unlock the bike, and ride away. When the rider reaches his destination, he scans the QR code again to lock the bike and that’s it.

However, this convenience led to indiscriminate parking of bikes, causing unsightly scenes of bikes scattered at void decks and even dumped into drains.

A year later, new regulations came up, requiring bike sharing operators to apply for a licence and also implement geo-fencing so that their bikes can be parked only in certain areas.

The government also established a sandbox licence in 2020 so that aspiring bike operators can run fleets of up to 1,000 bikes.

In recent years, several new players have thrown their hat into the ring but most were short-lived. As of early 2022, just three brands are still operating – SG Bike, Mobike (which has been acquired by SG Bike), and Anywheel – with a total fleet size of about 40,000 bikes.

As we seek greater convenience in our commutes, the world of transport will continue to be shaped by tech and innovation. One promising area is autonomous vehicles, which are already operating along fixed routes in a few places. The entire western part of Singapore has also been designated as a testing ground for driverless vehicles.

It’s hard to predict when driverless vehicles and other transport tech will reach their full potential. But one thing’s for sure – it’s an exciting road ahead!