How the government is building citizen-centric digital services

How the government is building citizen-centric digital services 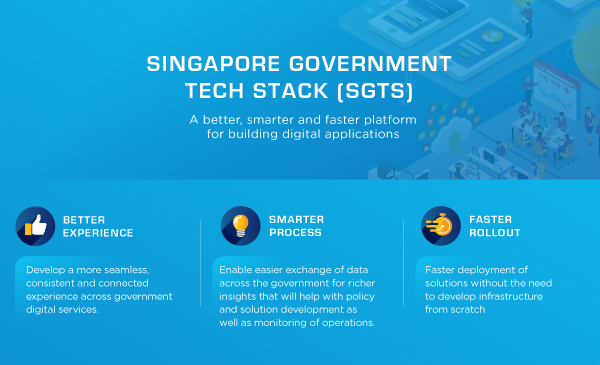 Digitalisation has paved the way for new business models and better ways of doing things. Mr Kok Ping Soon, chief executive of the Government Technology Agency of Singapore, explained the approach that the Singapore government is taking to create digital services

Prior to the invention of the internet, the time taken for technological products to reach 50 million users was measured in the span of multiple decades. It took 62 years for the number of car users to hit 50 million, and even the now-ubiquitous television took 22 years to become part of 50 million households.

Since the World Wide Web came along in the 1990s, however, the pace of technology adoption has accelerated. Within five years, PayPal had 50 million people transacting on its platform. Twitter was even more impressive—50 million accounts created in just two years. Along with these digital innovations came disruption of old business models and newer, more efficient ways of doing things.

To avoid going the way of the dinosaur, both the private and public sector have had to adapt to an increasingly digitalised global ecosystem, with varying degrees of success. At the ‘Information Technology Management Association (ITMA) Dialogue with the CEO’ held on 20 February 2019, Mr Kok Ping Soon, chief executive of the Government Technology Agency of Singapore (GovTech), described how the Singapore government has undergone major shifts in its approach to digitalising its services for its citizens and businesses. 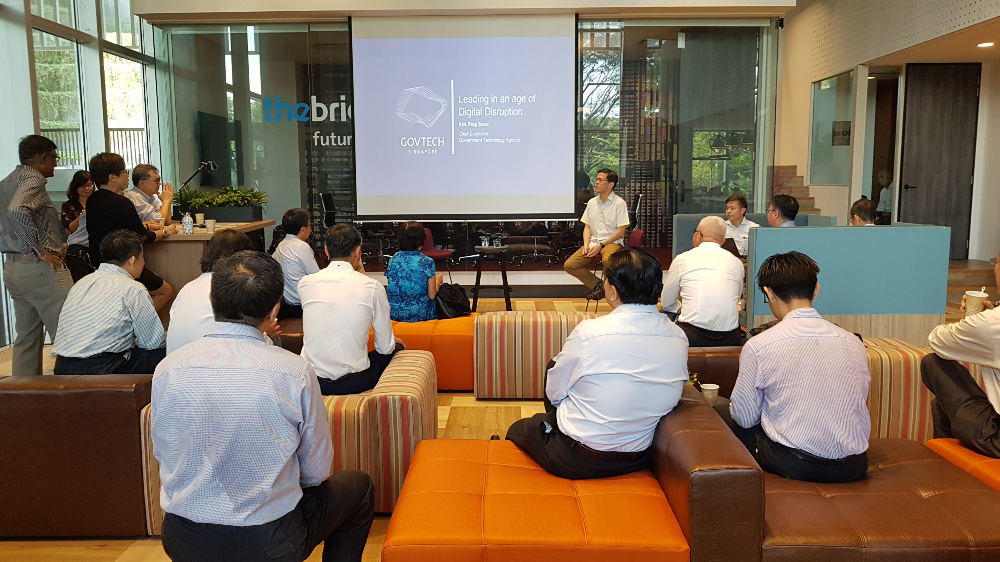 “Digitalisation is not just about taking a form, converting it into a PDF and putting it online,” Mr Kok cautioned. Instead, it involves re-engineering back-end IT infrastructure so that the form could be made redundant.

Such re-engineering is currently being undertaken by the Singapore government and spearheaded by GovTech, resulting in the Singapore Government Technology Stack (SGTS)—a common platform for hosting services, sharing data and building applications. Whereas in the past, government IT architecture comprised monolithic systems with ministry-specific applications, the SGTS has different modules, akin to LEGO bricks, that can be pieced together to give rise to a variety of different digital services.

Importantly, with the SGTS, data can be shared easily between ministries when citizens grant their consent via MyInfo, a repository of government-verified personal information, said Mr Kok. In this way, a re-imagined back-end IT system has drastically reduced the need to fill in forms when transacting online.

Ahead in the cloud

Mr Kok also highlighted that the Singapore government is looking to tap on the commercial cloud to develop digital services. Partnering with leading providers of commercial cloud services will grant organisations access to the latest innovations in the information and communications technology sector.

“We have our Government Data Centre for confidential systems… [but] in our own estimate, more than 70 percent of government IT systems can be hosted on the commercial cloud—with the right classification,” he said, adding that functions classified as ‘restricted’ and below will be offloaded to the cloud.

Furthermore, given the current climate of rampant hacking, Mr Kok urged IT managers to always ask: is your IT architecture designed with security in mind? While commercial cloud providers do have robust cybersecurity measures in place, they should not be taken for granted when developing digital services.

Finally, referencing the Digital Government Blueprint that was published in June 2018, Mr Kok reiterated the importance of “serving with heart”.

“This is where the primacy of citizens’ needs overwrites the sovereignty of an agency,” he noted. Rather than just develop a policy, then provide specifications for an IT system to translate the policy to operations, GovTech seeks to engage with citizens in the development process, iterating on an outcome based on their requests and feedback.