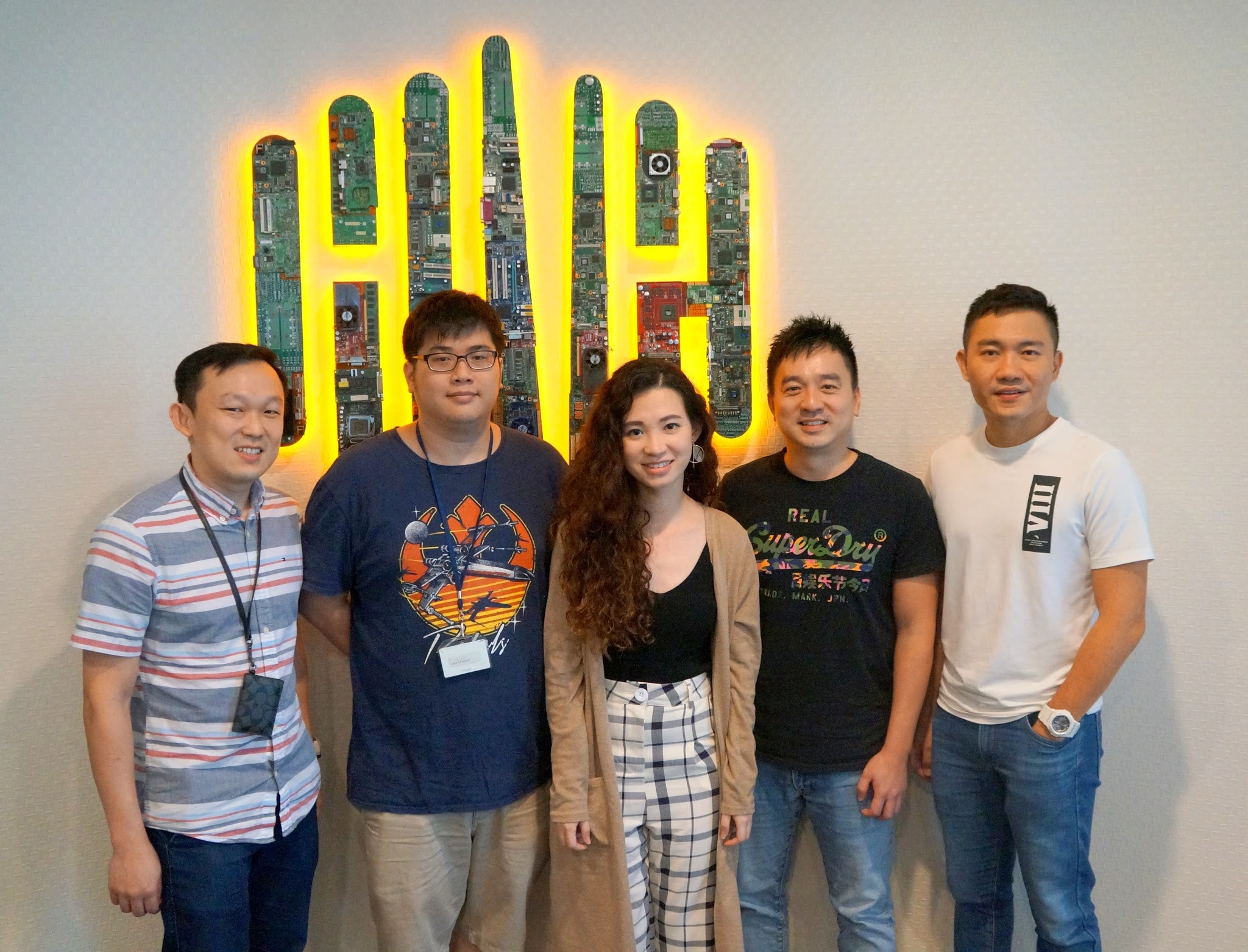 Get to know the GovTech team who helped build the GoBusiness Licensing portal, and learn about their challenges and triumphs along the way.

So you’ve got a brilliant idea for a new business—you’ve done the sums, selected an ideal location for a shopfront, found the right partners and are raring to go. Your first hurdle?

Registering your company with the Accounting and Corporate Regulatory Authority (ACRA). That’s simple enough, but as many entrepreneurs soon discover, incorporation is just the first step of a long and sometimes confusing journey.

Depending on the type of business you intend to run, different licenses, permits and certificates need to be obtained from the government before you can begin operations. It is at this stage where things often get complicated.

For instance, a would-be restauranteur may have to approach the Urban Redevelopment Authority to obtain a change-of-use permit for a premise, the Singapore Food Agency to get a food shop license, the Singapore Civil Defence Force for a fire safety certificate… the list goes on to yield a grand total of 14 separate touch points spanning multiple government agencies—all just to set up a makan place (eatery)!

“We put ourselves in the shoes of the prospective business owner in the food sector, and we realised that there was an opportunity to build a service journey to better guide them to achieve their goals,” said Mr Daniel Chan, deputy director, Moments of Life (Business) at the Government Technology Agency of Singapore (GovTech). Thus began the conceptualisation of the GoBusiness Licensing portal in early 2018.

An e-advisor to light the way

Developed in collaboration with the Smart Nation and Digital Government Office (SNDGO) and the Ministry of Trade and Industry (MTI), the GoBusiness Licensing portal is meant to streamline regulatory requirements and digitalise transactions between the government and businesses. This is part of the larger effort to foster a pro-enterprise environment for businesses to grow. “The food services sector was chosen primarily because of the complexity involved in obtaining the right licenses, as well as the relatively high volume of annual transactions in the sector,” Mr Chan explained.

Before even a single line of code was typed out, the user experience (UX) team working on GoBusiness consulted with experienced and inexperienced business owners to figure out hidden frictions in the application processes. The Restaurant Association of Singapore played an important role in making these consultations possible between May and September 2018.

“We found that while experienced business owners were able to associate licenses with the relevant granting agency, newcomers to the food sector may not know where to start applying to,” said Ms Lim Min Er, UX designer at GovTech. “Inexperienced users also highlighted to us that licensing information is frequently siloed at the agency level, and that some regulations were vague to them.”

This formed the basis of the ‘Guided Journey’ feature of the GoBusiness Licensing portal, whereby users go through a four-step process to identify which licenses they need and which agency to approach to get their food business up and running.

In summary, by answering a series of questions about their proposed food business and the address of the premises, users will be provided with a list of ‘types’ of business to select from.

After the selection is made, the portal will automatically surface to applicants the license requirements and the relevant granting agencies, alongside any associated costs.

“The order and dependencies of licenses will be mapped out for business owners so that they can navigate the entire process more easily. License applications can be completed on the GoBusiness platform itself, and the information will be automatically disseminated to the right avenues by the system,” said Mr Jonathan Lee, product manager at GovTech.

To achieve this simplicity, however, the GovTech team had to do some major technical lifting behind the scenes. Imagine coming up with 14 different travel adaptors to fit the power sockets of different countries. That was how Mr Charles Koh, software developer at GovTech, described the process of making sure no hiccups occur when information is requested by the GoBusiness portal from an agency’s database, or when new data is input on the portal and sent to the respective agencies.

“Different agencies use different protocols to transmit and receive data, and some of those methods may be a little bit old—what we call legacy systems,” Mr Poh Quan Wei, technical product manager at GovTech added. Hence, the challenge was to “service wrap” the legacy formats into a configuration that can be used by GoBusiness.

The GovTech team also had to examine the logic of the fields that applicants need to fill in for each license. For example, one agency may require ‘name’ and ‘surname’ to be input as two separate fields, while another agency may only have one field for ‘full name’. Finding commonalities and reducing redundancies in such fields was another challenge the GovTech team had to overcome. At the end of the process, 845 fields had been whittled down to just 90, saving substantial time and effort for public officers and applicants.

Looking to further streamline the license application process, the GovTech team thought it might be a good idea to create an auto-deduct function for payments. “Typically, there is an application fee and a license fee, so we thought business owners would love the convenience of not having to log in a second time to pay the license fee,” said Mr Lee.

This turned out to be untrue, as the team found out during the usability testing phase of development. At the earliest stages of setting up their companies, new business owners preferred to manually process such payments. Keeping user-centricity in mind, the team eventually removed the auto-deduct function, though it remains a possible option for licenses that need to be renewed on a recurrent basis, Ms Lim said.

Getting better with time

By May 2019, the GoBusiness Licensing portal was released for beta-testing by users, to generally positive reviews. New and inexperienced entrepreneurs felt that the learning curve for setting up a food business was significantly less steep, and having everything hosted in one place, with a guided onboarding process, was useful.

Some of the tangible benefits from using the portal include a reduction of total fees by up to S$500, a reduction of 10-14 days turnaround time for license applications, from the removal of unnecessary steps in the application process. Being able to tap on ACRA’s database to pre-populate forms also makes transactions more convenient, users said. The GoBusiness Licensing portal has since been launched on 31st October 2019.

The journey doesn’t end here. Users of the portal have requested for further clarifications on some regulations, so the GovTech team continues to look into how those regulations can be made more understandable to laymen, perhaps with infographics. At the same time, GovTech works with other agencies to carry out process re-engineering to better reconcile front- and back-end processes, Mr Lee noted.

Going forward, MTI, SNDGO and GovTech will also expand the ‘Guided Journey’ feature to include more licences from other sectors, especially those with complex licensing requirements, such as the retail sector. Other multi-step transactions, in the course of businesses’ engagements with the government, may also benefit from the ‘Guided Journey’ approach, said Mr Chan. “What we’re working towards is a comprehensive business home page for businesses to interact seamlessly with the government,” he concluded.