IPOS simplified the trademarks filing process – to a mere 10 minutes

IPOS simplified the trademarks filing process – to a mere 10 minutes 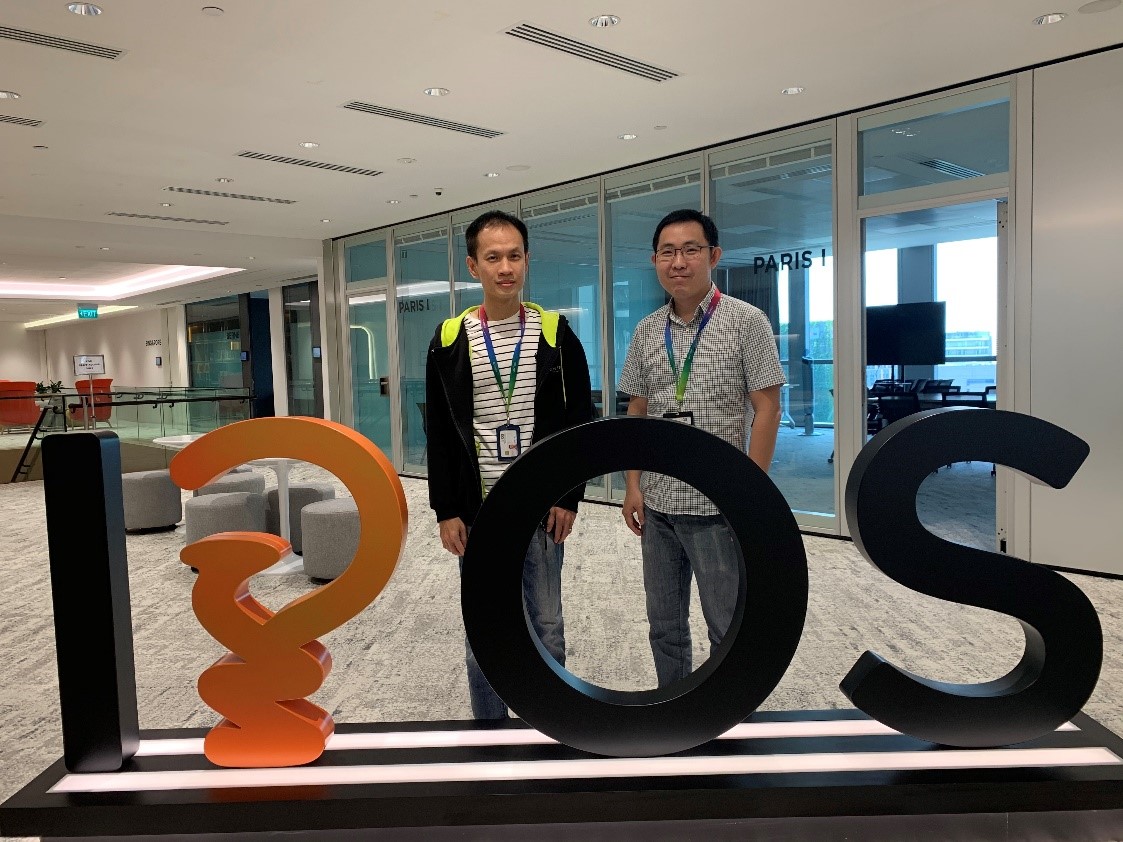 How long does it typically take to file a new trademark online? It generally takes about 45 minutes to an hour. With the recently launched IPOS Go app, the world’s first online trademark filing app, we’ve reduced the trademark application process from one hour to just 10 minutes!

“Trademark filing has traditionally been a complicated and time-consuming process for business owners,” says Soh Chee King, who is based at the Intellectual Property Office of Singapore (IPOS) as Business Analyst for the IPOS Go project. There is an existing web-based e-services site, but there are several steps involved before one can successfully submit a trademark application. “Even with the guidance of consultants, it would easily take a first-time applicant up to an hour to complete a trademark application,” adds Chee King.

To tackle this pain point, a cross-agency team comprising IPOS and GovTech staff set out to simplify the intellectual property (IP) registration process. The team envisioned a platform that would enable business owners to easily perform IP transactions, as effortlessly as one would transact online on Amazon.

“In a world where consumers are presented with competing choices and offerings, strong brands have become an essential value proposition,” says Lee Woon Seng, a GovTech’s Services Group staff and Project Manager for IPOS Go. Registering trademarks through an app means saving time, effort, and costs, allowing business owners to focus on developing the brand.

The IPOS Go app bears a host of innovative features. “We thought it would be cool if the app could allow people to file a trademark, just by taking a photograph and submitting it on the go,” says Hazel Moi, who leads the GovTech team at IPOS as IT Director. With this in mind, the team integrated a Similar Mark Search capability as part of the IPOS Go app. Powered by Artificial Intelligence and image-recognition technology, the feature allows users to submit a logo or photo and perform an image-based search for similar trademarks. The smart feature scans the submitted image and searches for similar existing trademarks. “Having this feature allows applicants to pre-empt possible objections which may arise from similar existing trademarks, before submission. This gives applicants a chance to redesign their trademarks,” explains Chee King.

The challenge was in translating and simplifying the process from an existing web-based application site into a mobile app. “Typically, no one would expect to spend more than 15 minutes on a mobile app transaction,” says Hazel.

The end goal was to develop a mobile app simple enough for a lay person to use effectively. To do this, the team had to first understand their end users. In their efforts to transform the trademark filing process, the team adopted both an agile and product-centric development approach, iteratively testing multiple user interface designs and prototypes. User testing offered the team some important insights into what should go into a good trademark application app.

“We took into consideration much of the complex legal and technical terms in the existing application form, and streamlined the number of fields,” says Woon Seng. The team worked on segmenting the application process into smaller logical sections and developed progress indicators to guide and improve user experience and navigation. The IPOS team also reworded most of the legalese into simpler language, and removed non-applicable fields and steps to reduce complexity.

After several months of development and user testing, the app was launched in August 2019.

Ready, set, IPOS Go! Aligned with Singapore’s Smart Nation initiative, the transformation of Singapore’s trademark application process on IPOS Go is part of IPOS’s goal to offer digital innovations that will serve citizens and businesses better. Within the first three months of its launch, the IPOS Go app saw over 2,600 downloads and has received positive feedback from the industry and businesses.

“Based on the filing numbers recorded in the first month, IPOS Go has improved the user experience of business owners, allowing them to file their trademarks directly with IPOS,” says Chee King. The team also hopes to introduce more useful features, such as renewals, on the app in the future.

Have a trademark to file? Download IPOS Go on the App Store or Google Play Store today, and get your trademark filed in just 10 minutes!