Lessons from a cloud architect

Lessons from a cloud architect 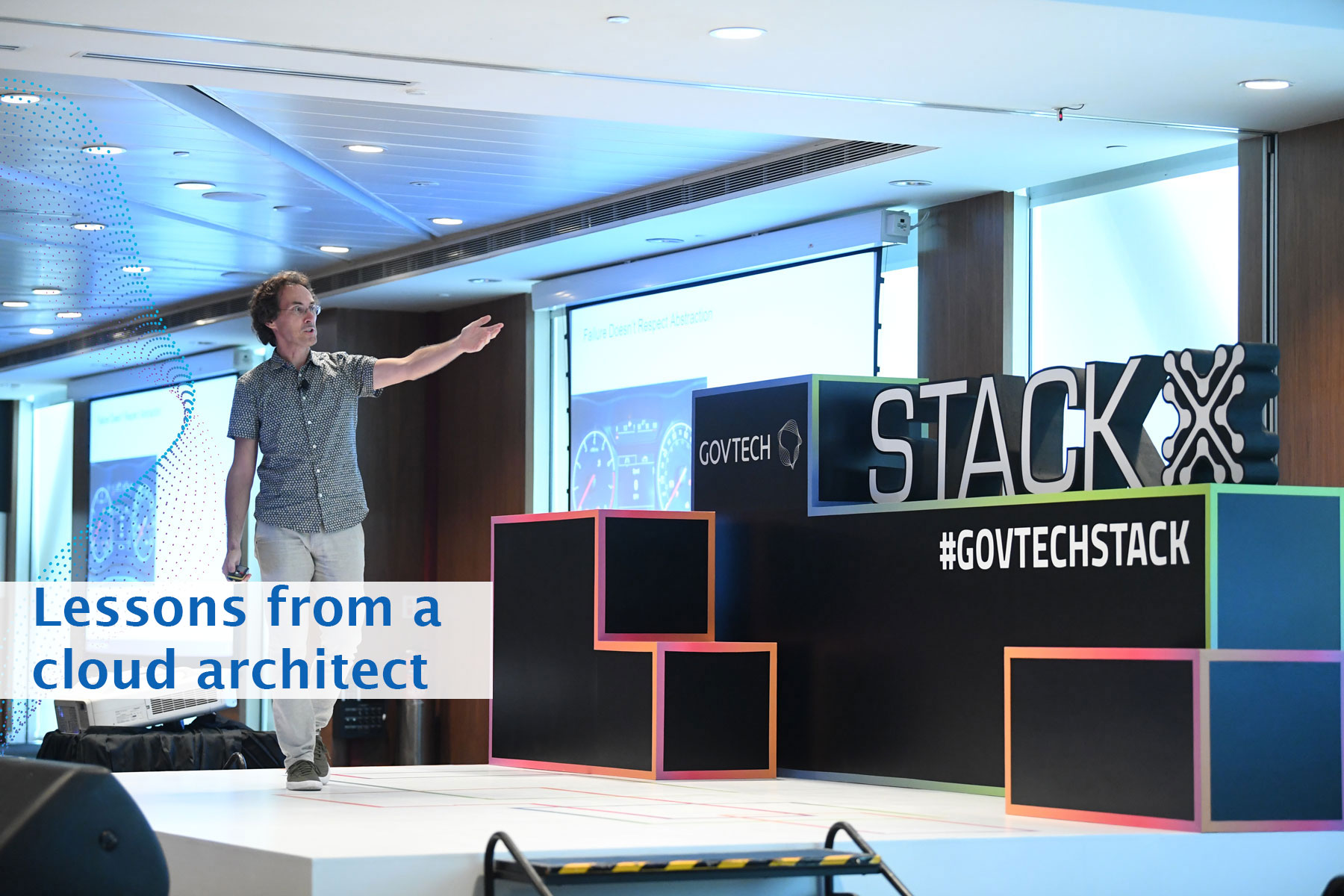 Cloud computing has revolutionised the way digital applications are being developed. Mr Gregor Hohpe, former technical director in Google Cloud’s office of the CTO, highlighted the importance of replaceability, resilience and requirements in cloud deployments, as well as the changing roles and responsibilities of cloud architects.

In the past, to be an architect was to plan and design buildings for people to live, work and play in. Fast forward to our modern, digitalised world, and a different breed of architect has emerged—rather than dabble in physical spaces, these new-age builders and developers deal with IT systems and software, creating applications in the virtual realm that are disrupting the way we do things online as well as offline.

Cloud computing architecture, like the plumbing and electrical wiring that runs through cities, is now almost essential for most organisations to run their day-to-day operations—just think about the unprecedented efficiency and convenience provided by data storage applications like Google Drive and Dropbox. But more than a ubiquitous hard disk drive, the cloud has become a bedrock for innovation, allowing governments, businesses and individuals to create, test, deploy and scale their ideas for digital applications.

“From day one, we really saw cloud as an innovation platform. It wasn’t an infrastructure retrofit; it was something that would change the way we build software,” said Mr Gregor Hohpe, cloud architect and former technical director in Google Cloud’s office of the CTO. He was delivering a keynote speech about ‘What it means to be an architect in the cloud era’ at the STACK-X: Cloud seminar organised by the Government Technology Agency of Singapore (GovTech).

Replaceability basically refers to the ability to substitute one component of a cloud IT system with another, or to reroute traffic to another online service, without consequence. Think of this as having spare parts for an engine. Meanwhile, resilience means that if one component of the system fails, there should not be a domino effect on everything else connected to that component.

Last but not least is requirements, and this is where the finesse of an architect really shows, said Mr Hohpe. “As an architect, nobody is going to bring you a requirements list of things you need to do,” he quipped. Instead, what architects usually need to figure out for themselves is the context of the cloud IT system they are working on, alongside all the assumptions and dependencies that come along with it.

“These are sort of implicit requirements that people expect to have but almost never articulate,” he said. Hence, an architect in the cloud era needs to understand the nuances of the applications they are building so as to deliver value to their end users.

Once the three ‘R’s have been established, the primary advantage offered by cloud computing is flexibility in the amount of compute resources an organisation has at its disposal, said Mr Hohpe. Prior to the availability of cloud computing, software developers had to ‘begin with the end in mind’, so to speak, and factor in the hardware and computing specifications prior to initiating a project.

“You needed to do the infrastructure hardware sizing up front [because] you don’t know exactly how much resources your application will need,” Mr Hohpe noted. “With the cloud, you can defer that decision, and once your application is running, you have the option to scale up or down [the amount of compute resources accordingly].”

In addition, the cloud offers elastic costing—commercial cloud service providers follow a ‘pay as you use’ model, where the architect is able to pick and choose from the myriad of services available. “This means architects have a new responsibility in controlling costs [associated with application development],” Mr Hohpe said, though he cautioned overzealous developers against falling for the ‘grocery store phenomenon’.

“At the grocery store, everything you buy costs just two or three dollars, but at the cashier, the final bill may amount to a hundred dollars [without you even realising it],” he explained. Therefore, cloud architects need to be more discerning in their choice of features to include in their cloud applications.

If you want to know what more was shared about Cloud, at the Smart Nation & Digital Government Industry Briefing 2019, click here.