MaskGoWhere - This team has the answers

MaskGoWhere - This team has the answers 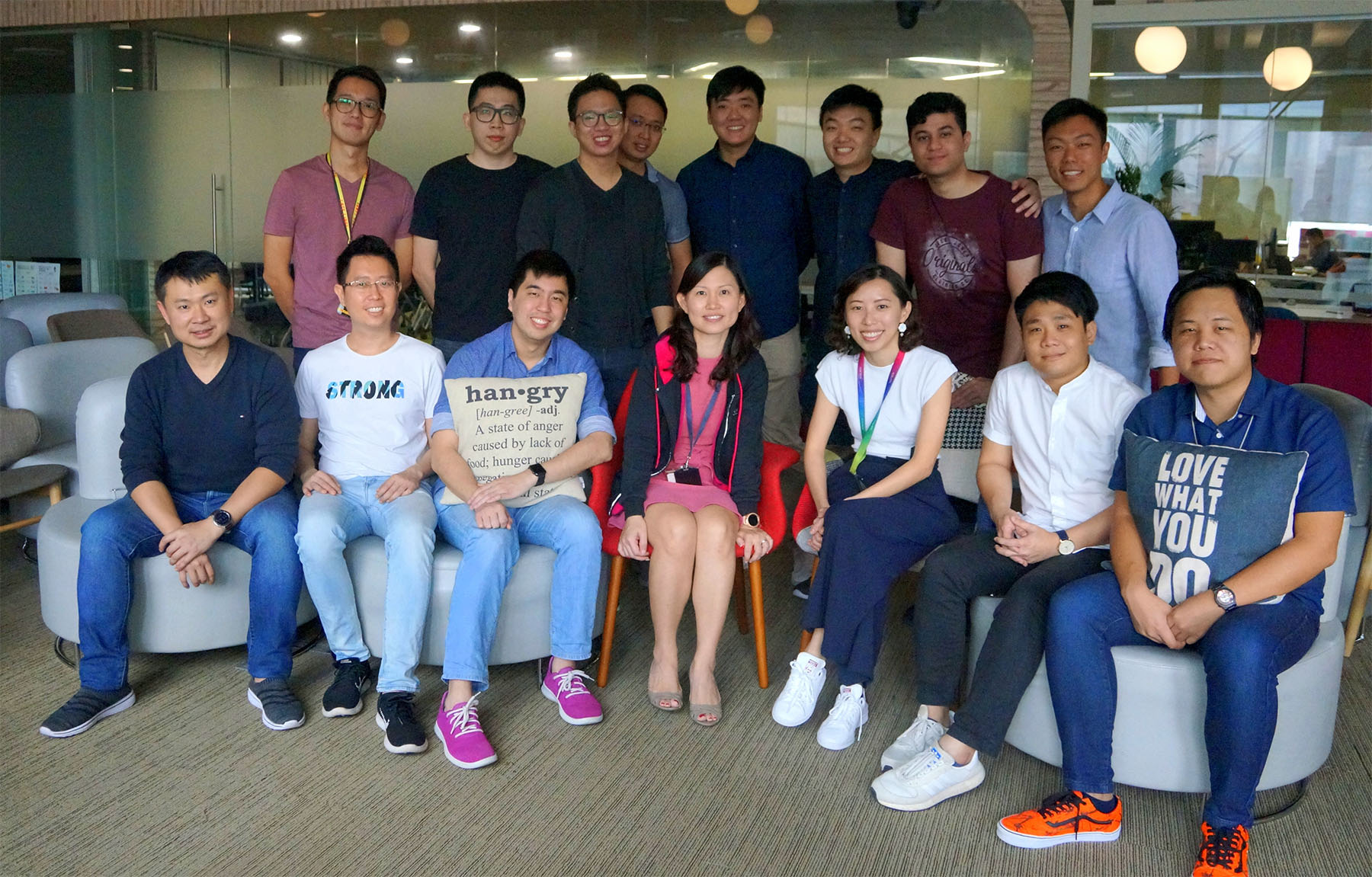 Find out how GovTech created MaskGoWhere in record time to help citizens find out where to pick up their masks amid the COVID-19 outbreak.

Watching the coronavirus outbreak unfurl in Wuhan, China, Singaporeans worried that it was only a matter of time before the disease hit our shores. Then on 24 January 2020, the first confirmed case of the Wuhan virus (now called COVID-19) in Singapore was reported by news outlets, and N95 and surgical masks started flying off the shelves.

The very next day, several retail outlets across the island saw their mask stocks dwindle to zero, and Singaporeans fretted about not being able to protect themselves against a highly contagious virus. In response, the Singapore government announced on 30 January 2020 that it would be giving each household four surgical masks, to be collected from specific distribution centres between 1-9 February 2020.

Recognising the importance of getting timely and accurate information about the distribution centres to citizens, a team of developers at the Government Technology Agency of Singapore (GovTech) mobilised to develop MaskGoWhere. The website allows citizens to key in their postal code to learn about their respective mask collection points. Led by Mr Lim Eyung, director of Government Digital Services at GovTech, the team built and designed the first version of the site in less than 12 hours.

By the time news broke on 30 January that the government was distributing facemasks to every household in Singapore, GovTech had already assembled a small team working on a website for disseminating information about mask collection points.

“We had anticipated that there might be such a need and had begun setting up the basic digital architecture to support operations on the ground,” said Mr Lim Eyung. But around 2 p.m. on 31 January, the team ran into a major hurdle that threatened to halt further development of MaskGoWhere.

“We could not continue because the data we needed to map postal codes to the collection points was incomplete or ‘dirty’,” he said. Compounding the complexity was the frequent changes in the details relating to collection points. Finding a ‘single source of truth’ proved difficult. “The last thing we want is to disseminate the wrong information to the public,” Mr Lim Eyung quipped.

Determined to see the project through, the GovTech team collaborated with the People’s Association (PA) and the Public Service Division to find a workaround. In view of the timeline, Mr Lim and his team made a decision to map the postal codes to each constituency instead of the exact mask collection points.

Since each constituency had its own posters (created by PA) detailing the latest mask collection points, the GovTech team could implement MaskGoWhere such that when users input their postal code, they would be redirected to an image of a poster with all the relevant information for their constituency. It was 11 p.m. on 31 January when the team resumed work on MaskGoWhere.

At the same time, cybersecurity specialists at GovTech began preparations to ensure that MaskGoWhere would be secure when it went live. “We worked with the application development team to define the scope and functional specifications of the project, which gave us a better understanding of the threat landscape and application functionalities. This was key for us to prioritise our security test cases,” said Mr Thomas Lim, associate cybersecurity specialist at GovTech.

Five hours later, at 4 a.m. on 1 February, the first version of MaskGoWhere was up and running, albeit not yet live. Even then, cybersecurity specialists at GovTech continued to carry out penetration testing—this had to be completed by dawn, when user volume on MaskGoWhere was expected to spike.

“Typically, penetrating testing would require at least two weeks to complete. We finished the process within a few hours,” Mr Thomas Lim explained, adding that a separate cybersecurity team accomplished the same feat with securing the government chatbot AskJamie, which was also being updated to deal with queries about the latest information on COVID-19.

“Since the COVID-19 outbreak, we have seen an increase in engagements from project teams across the whole of government working on other COVID-19 related applications,” he said. “We have since reprioritised our resources to support these engagements.”

By 8 a.m., MaskGoWhere went live—secure and functional—according to schedule. Online forums like HardwareZone picked up on the website and started spreading the news about it. Some 600k visits were made on MaskGoWhere by the end of 1 February—the site had gone viral.

Lessons for the future

While Mr Lim Eyung admitted that the development of MaskGoWhere was not technically demanding, the tight time constraints meant that there were some learning points to be had from the experience. For example, the team left out organisational logos, mastheads or footers when the site was first published, which quickly raised suspicions of it being a malicious site. “It was a mistake on our part, but we managed to rectify it quickly,” he said.

“The other point to highlight is the fact that everyone on the team was very mission-centric,” Mr Lim Eyung said. “In this case, we were very clear: the mission is to allow citizens to get hold of the latest information over a web-based medium.”

He further emphasised that technology was not the only determinant of mission success. “Working closely with PA allowed for optimal OpsTech (operations-technology) integration, where we could use real-time feedback to learn about user needs, and the Agile approach to deliver continuous improvements.”

In total, the ‘mission’ lasted some 48 hours, but the team continued to monitor, enhance and stabilise MaskGoWhere by keeping the operation lad low throughout the mask distribution period, which was extended until the end of February. Looking ahead, Mr Lim Eyung is already thinking about how the design and functions of MaskGoWhere could be applicable to other contexts, such as for national events or emergencies. “This is what makes our jobs meaningful,” he concluded.