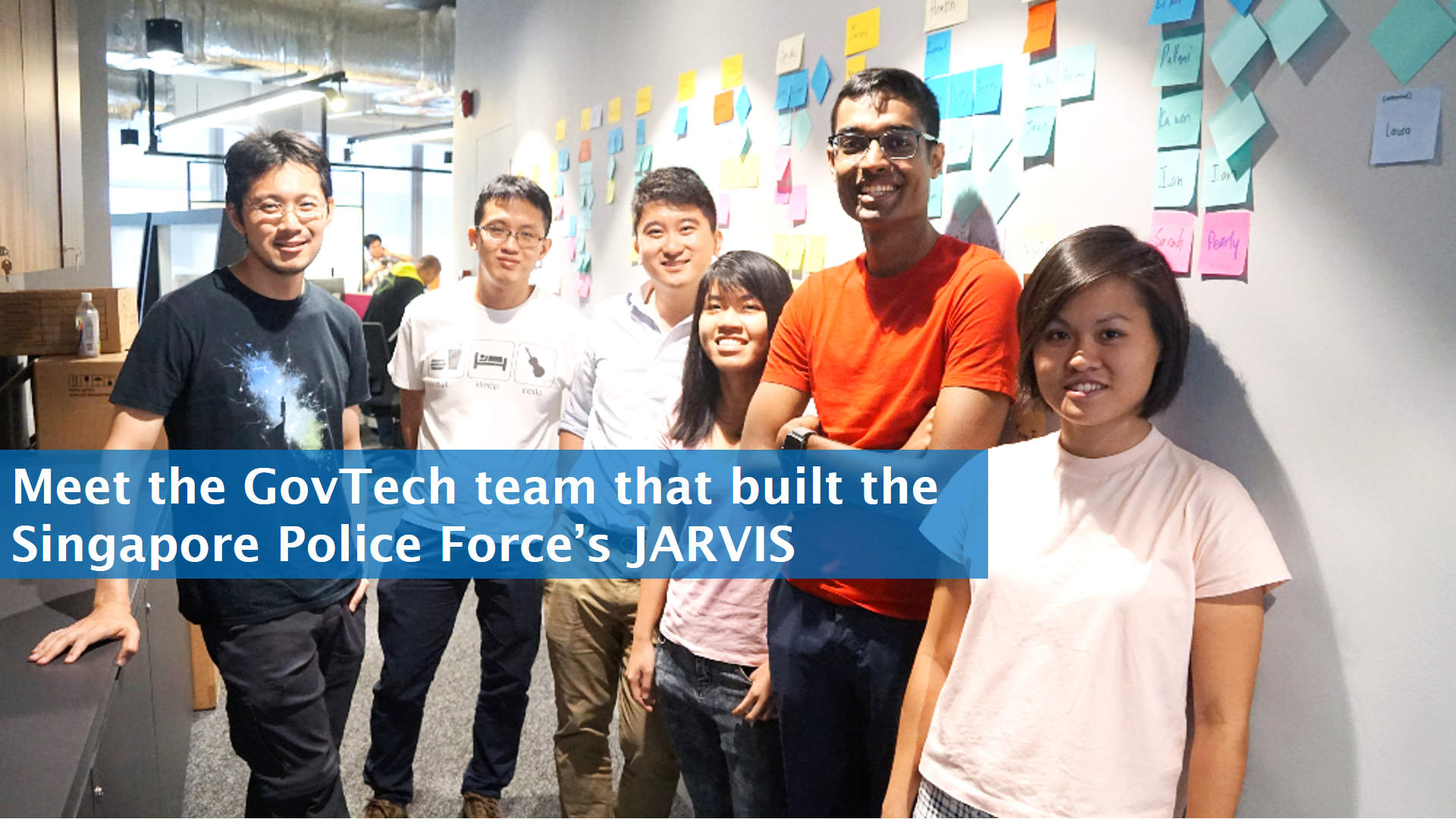 The Singapore Police Force unveiled a new screening platform called JARVIS at the 2019 Police Workplan Seminar. We bring you the story of how JARVIS was conceptualised and developed by a team at GovTech.

Remember the popular television series Criminal Minds and CSI? Regardless of which team of investigators you were enamoured with and rooting for, there was always this intelligence officer character sitting in front a computer, punching in queries on a keyboard and calling up details of a person of interest almost instantaneously.

While this makes for good plot progression, however, information searches almost never happen that quickly in real life.

Collating and extracting information stored in multiple databases is time-consuming. Depending on how the data is labelled and how the database is structured, there may even be restrictions on the types of searches that can be performed. Investigation officers at the Singapore Police Force (SPF) know this all too well; sometimes, obtaining information about a potential perpetrator could take up to 20 minutes—way too long, in their opinion.

“Information was kept in separate databases, so investigation officers needed to log on to multiple screening systems to conduct searches—and the speed of the searches were slow,” said Deputy Superintendent of Police (DSP) Zhang Yitao, a product manager of joint systems at the SPF.

Given this issue, the SPF approached the Government Technology Agency of Singapore (GovTech) to explore a faster, more intelligent way to go about this screening process. This was the beginning of a collaboration that resulted in a screening platform called JARVIS, unveiled at the Police Workplan Seminar on 11 April 2019.

Alluding to the ‘Just A Rather Very Intelligent System’ from Marvel’s “Iron Man” comics, the SPF’s JARVIS platform surprisingly does not rely on artificial intelligence (AI) to function. This was a deliberate decision taken by the GovTech team after going down to the police stations to speak to investigation officers and observe how they were performing searches on pre-existing systems, said Ms Ang Yi Xin, a UX designer at GovTech.

“The first thing that stood out to us was that searches do not have to be so slow,” added Mr Li Hongyi, deputy director, open government products, GovTech. “Even though the users were asking for a lot of AI features, the actual problem that we decided to fix was the speed of the database. The idea was to make JARVIS like Google—even if you don’t get what you want the first time, you can just search again and get another set of results really quickly.”

Achieving faster search speeds entailed optimising databases for generic text queries. Simply put, each letter is mapped to a pre-built index of other relevant terms or data points, which can be rapidly surfaced to the user. This not only accelerates the search process significantly, but also increases the range of possible queries on a single platform, added Mr Alwyn Tan, technical lead at GovTech. “It does open up new ways to dive into information,” he quipped.

The GovTech team also paid attention to the perceived performance of JARVIS, making small but tangible tweaks so that users would find the screening platform more responsive.

“Initially, JARVIS would fetch all the information [it could find] and display the entire page of results. But that took some time, and users may be frustrated by the appreciable lag. So what I did instead was to programme JARVIS to fetch and display even the smallest bit of relevant information that it finds, adding new information onto the results page when it comes in,” explained Mr Nikhil Choudhary, software engineer at GovTech. This provides investigation officers with some information to chew on even as the search continues in the background.

Mr Choudhary even went as far as to make JARVIS initiate a search the moment a keyboard key is depressed rather than when it was released, noting that this results in several milliseconds in time savings. “Even really small things like that add up,” he said.

Meanwhile, Ms Ang focused on making the user interface (UI) of JARVIS more intuitive so that investigative officers can easily locate and execute specific functions on the screening platform. “I think UI is core to speed, because if the UI is poorly designed, then you are ten button clicks away from your answer rather than two,” she said.

Safe within and without

With these enhancements in place, JARVIS was tested by investigation officers between March and November 2018 and has since been used by more than 2,000 police personnel, to positive reviews. One specific use case? Scalping incidents on online marketplace platforms.

“Online scams largely fit the same mould—someone with numerous online monikers selling concert tickets that don’t actually exist. Everybody who gets scammed is going to lodge a police report. What JARVIS allows you to do is realise that all these reports involve the same culprit with the amount of information it provides in an intuitive interface,” DSP Zhang explained. “So basically, JARVIS has enabled us to fight scam cases more efficiently.”

But “with great power comes great responsibility”, to borrow a quote from Marvel’s, “Spiderman” comics, and so the GovTech team has incorporated security measures into JARVIS to prevent it from being abused. Every search performed on JARVIS is logged to ensure accountability.

While JARVIS may be a different product than what the SPF may have envisioned, it is already making a difference in the Home Team’s operations, trimming search times by more than 75 percent.