Meet the man using myResponder to save lives

Meet the man using myResponder to save lives 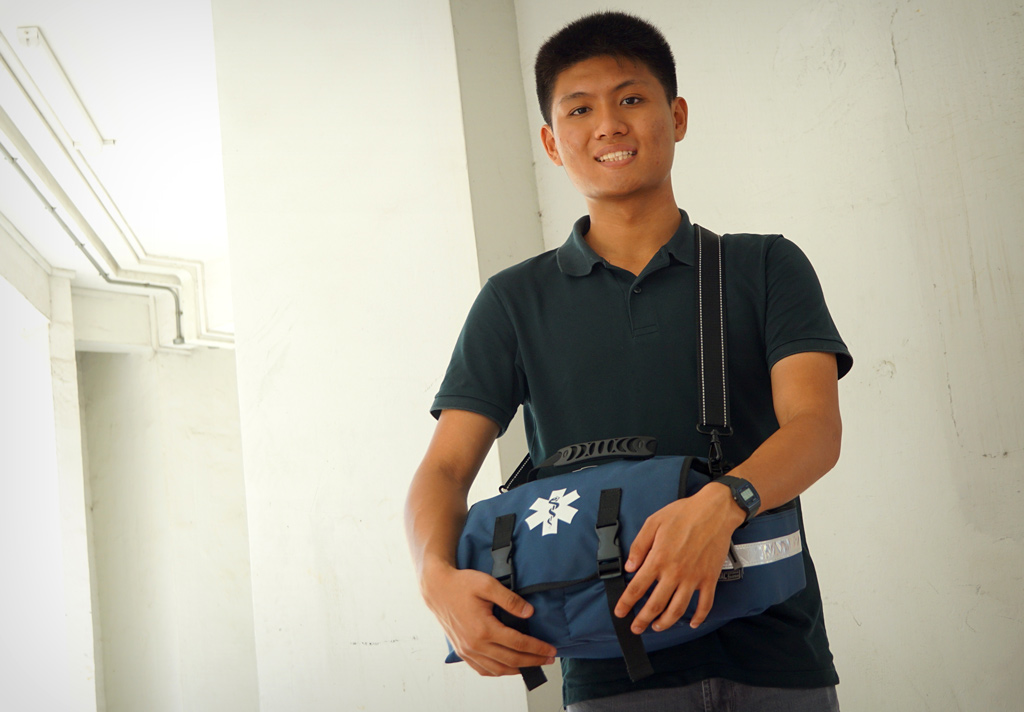 TL;DR: In the event of a medical emergency, community first responders can provide crucial assistance to patients and their families before paramedics arrive. TechNews spoke to nursing student Mr Rex Ang Jia Jie to find out how he uses the SCDF’s myResponder app to put his lifesaving skills to good use.

Like a nail to a magnet, Mr Rex Ang Jia Jie rushes to the scene of a medical emergency with his trauma bag each time a siren sounds on his mobile phone. He usually makes it to the patient before an ambulance does, and drawing on his training in first aid and basic cardiac life support, he helps to stabilise the individual and perform cardiopulmonary resuscitation (CPR) if necessary.

But Mr Ang isn’t a paramedic with the Singapore Civil Defence Force (SCDF). In fact, the 20-year-old has not even gone for national service; he is currently pursuing a diploma in nursing at Parkway College of Nursing and Allied Health and will only be enlisted in 2021. In the meantime, he is already saving lives in a personal capacity—as a community first responder (CFR).

“I’ve always felt a calling to help others, and I thought the best way to contribute was to start getting myself certified in standard first aid, the use of an automated external defibrillator (AED) and basic cardiac life support,” said Mr Ang. He bore the cost of training himself, noting that it was “well worth it”—his knowledge and skills have come in handy more than 20 times now since he downloaded the myResponder mobile app on his smartphone in January 2017.

Building a community of good Samaritans

Developed by the SCDF in collaboration with the Government Technology Agency of Singapore (GovTech), myResponder is a means to crowdsource for lifesavers. Whenever the SCDF is notified of a medical emergency and assesses it to be a case of cardiac arrest, it sends out a message to CFRs registered on the app who are within 400 metres of the patient.

Every second counts when the heart stops beating, so CFRs like Mr Ang make a huge difference by rendering immediate help. “Most of the time, when I’m activated by myResponder, I will need to perform CPR,” Mr Ang recounted. In doing so, he increases a cardiac arrest patient’s chances of survival by two to three times. 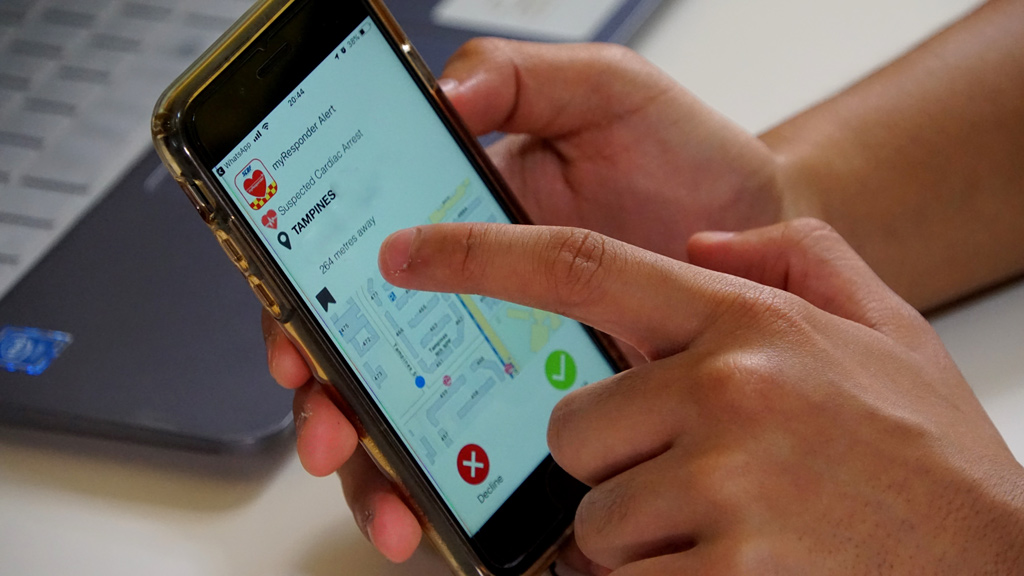 Today, there are more than 40,000 CFRs like Mr Ang registered on myResponder, augmenting the capabilities of the SCDF. Mr Ang highlights some features of the app that he finds immensely useful:

At the end of the day, myResponder is but software; it is the actions of people like Mr Ang who truly change the outcome of life-and-death situations, a fact deeply appreciated by the SCDF. To date, Mr Ang has received five commendations from the SCDF for administering CPR to cardiac arrest patients.

“I just feel very satisfied being able to help people. Watching them recover reinforces the fact that I made the right choice to join nursing as a profession,” he said.