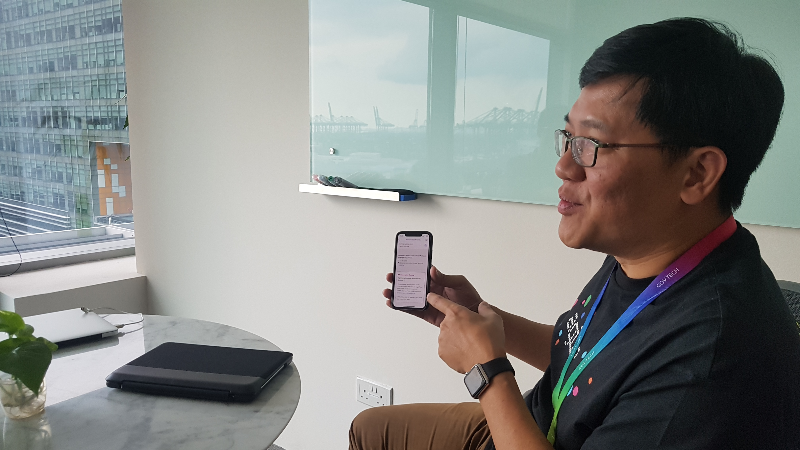 In times of need, hassle-free access to government digital services can be critical. The Moments of Life (MOL) platform spearheaded by GovTech aims to allow seamless interaction among the Singapore government, businesses and citizens. Mr Dominic Chan, director, MOL, at GovTech, shares his thoughts about MOL’s future direction and potential.

During critical turning points in life—whether you’re setting up a family, a company, or caring for an ageing parent—transactions with the government are often inevitable. In situations such as these, the less friction between you and the government agency the better.

Digitalisation has been the metaphorical oil to the machinery of the Singapore government, allowing more efficient and streamlined delivery of services to businesses and citizens. Yet, digitalisation is not just about moving processes online, but also about unifying multiple touchpoints into a single coherent service journey. This is being achieved through the Moments of Life (MOL) platform, spearheaded by the Government Technology Agency of Singapore (GovTech).

“The government is often thought of as multiple agencies each doing very different things. When businesses and citizens come to the government with their needs, they may not know who to approach and where to go to solve their problems,” said Mr Dominic Chan, director, MOL, at GovTech. “I personally view MOL as a concierge, where we can help people along and make their interactions with the government as seamless as possible.”

“If you think about it, what we are doing [at GovTech] is re-engineering government processes around businesses and citizens, so a lot of the skills I acquired in the private sector remain relevant,” he explained. For instance, his expertise in multi-stakeholder project and technology management comes in handy when coordinating digitalisation plans among the various government agencies that GovTech works with.

“From the service journey standpoint, there are definitely a lot of low-lying fruits to improve the delivery of government digital services,” said Mr Chan. “This is why when [Government Chief Digital Technology Officer] Cheow Hoe shared with me the vision of MOL, I found it to be very inspiring and meaningful, and was convinced to leave the private sector to join GovTech,” he said.

Some of the low-lying fruits mentioned by Mr Chan are already being savoured by the masses, in the form of the MOL (Families) mobile app, launched in June 2018. Young couples with children under six years old can now use the app to register new births, apply for the Baby Bonus and track immunisation records on a single platform.

Going forward, Mr Chan highlighted that MOL will be expanded to provide similar convenience in a variety of other contexts, for example, when setting up or running a business. Before a company can operate in Singapore, it must be registered with the Accounting and Corporate Regulatory Authority, and the appropriate licenses and business permits must be obtained from the respective government agencies. Figuring out these intricacies and complying with them can be tricky and time-consuming.

“Having come from the private sector, I know that senior management is always keen to ensure that the company’s activities are in full compliance with government regulations. Hence, I think that the government can proactively help businesses in this aspect,” said Mr Chan. 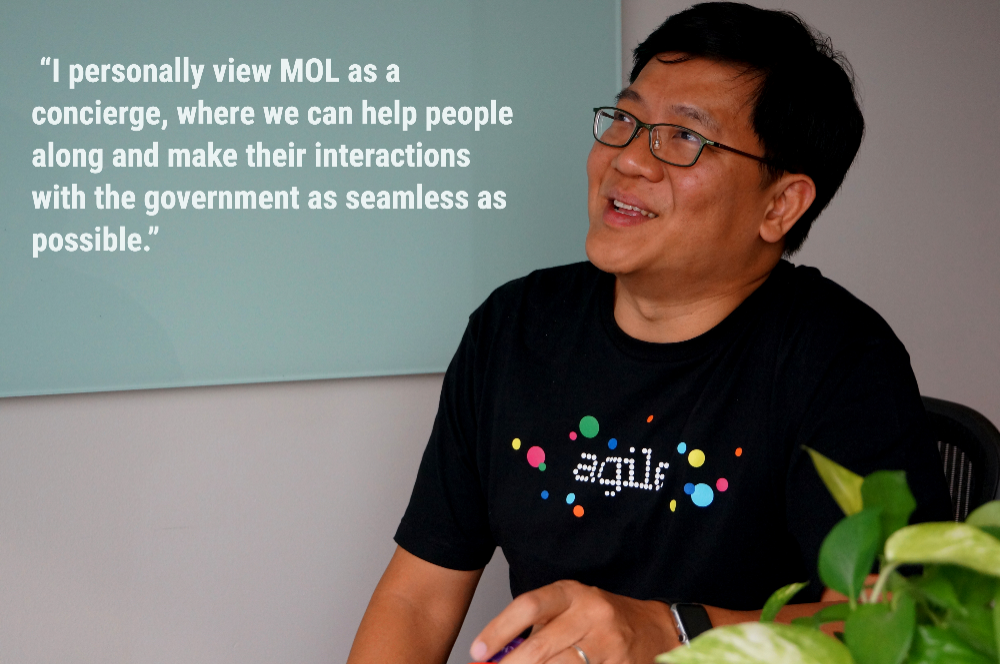 A push in the right direction

But does having a mobile app for each ‘Moment’ of life make sense? Mr Chan has his reservations, noting that an individual may be going through multiple ‘Moments’ simultaneously. “We cannot possibly expect someone to download seven to ten apps in their phones just to access government digital services,” he said.

Nonetheless, swinging towards the other extreme of consolidating everything on a single platform poses its own challenges. For one, the amount of information on the platform could become overwhelming for users. To avoid some of the issues that come with consolidation, Mr Chan thinks that a strategy of timely nudges would work, something like the recommender systems on Netflix or e-commerce sites.

“It is natural for the government to be able to at least categorise citizens based on their age group, then identify triggering moments and perhaps send a notification to them saying, ‘Hey, please check this out,’” he said.

The MOL approach could, therefore, be summed up as government digital services delivered in a personalised, anticipatory fashion.

“I think if we continue to focus on how we can bring value to citizens on a day-to-day basis, then people will talk about our products and use them as a primary means of getting things done. That’s how we know we are successful,” he concluded.