Smart Cities around the world. The Helsinki Chapter

Smart Cities around the world. The Helsinki Chapter

If the only time you’ve heard of Helsinki was during an episode of Money Heist, you’d very much be forgiven. The capital of Finland is far, far, far away from Singapore – 9,248 km to be exact.

That said, according to the Smart City Index 2020 published by Switzerland-based business school IMD, Helsinki has plenty in common with Singapore. The two cities have consistently ranked amongst the top 5 smartest cities in the world.

And while the city has quite a lot of projects going on, we’ve decided to focus on ‘smart mobility’ as a theme for this particular article.

Helsinki has aimed to become a world leader in smart mobility – it has set a goal of making it unnecessary for any citizen to own a private car by 2025! 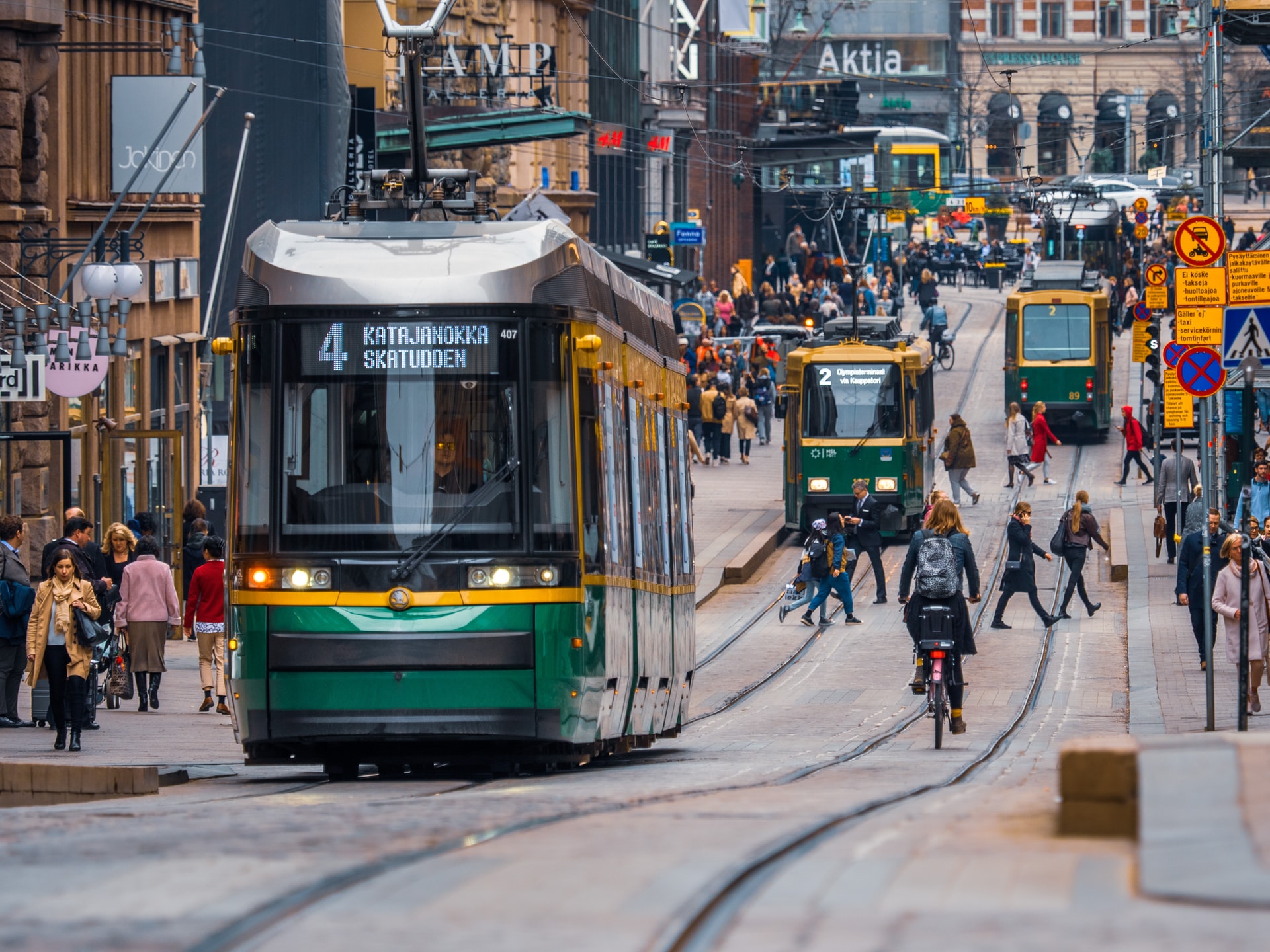 Find out how Finns use technology when it comes to improving their transportation. PHOTO: UNSPLASH

Mobility as a Service (MaaS)

You’ve heard of Software as a Service (Saas) - a method of software delivery and licensing in which software is accessed online via a subscription, rather than bought and installed on individual computers. But how about Mobility as a Service (MaaS)?

In Helsinki, you can book (and pay for) buses, trains, taxis, bikes, rental cars, and more — all from a single app. Instead of owning a car, users pay a subscription that allows them to use a wide range of transport offerings.

The said app is Whim – developed in Helsinki by Finnish company MaaS Global and has been in operation since 2017, making Helsinki the first city with a comprehensive MaaS offering.

For users who frequently travel by different public transportation methods, a subscription to Whim — Whim Urban 30, Whim Weekend and Whim Unlimited, will enable them to make the most out of their subscription fee.

It benefits its users by offering the best bang for your buck, as it allows the use of a wide variety of different transportation at a much cheaper cost - a fixed subscription fee.

The cheapest Whim subscription will only set them back by 60 euros a month.

Along with the conveniences of having the 30day HSL ticket on your mobile phone, users can then enjoy unlimited 30-minute trips with city bikes, flexibility and comfort of flat rate taxis, affordable rental cars and access to the TIER and VOI e-scooters.

If you only occasionally need a car of your own - Whim Urban 30 offers the simplest way of renting an economy car at just 49 euros per day (according to availability).

Compared to the price of owning a personal car which costs anywhere between 233 and 260 euros a month to operate and maintain (Yle Uutiset, 2018), the cheapest Whim subscription plan will only set them back by 60 euros a month.

PS: Interestingly, Whim seems to be in beta in Singapore. 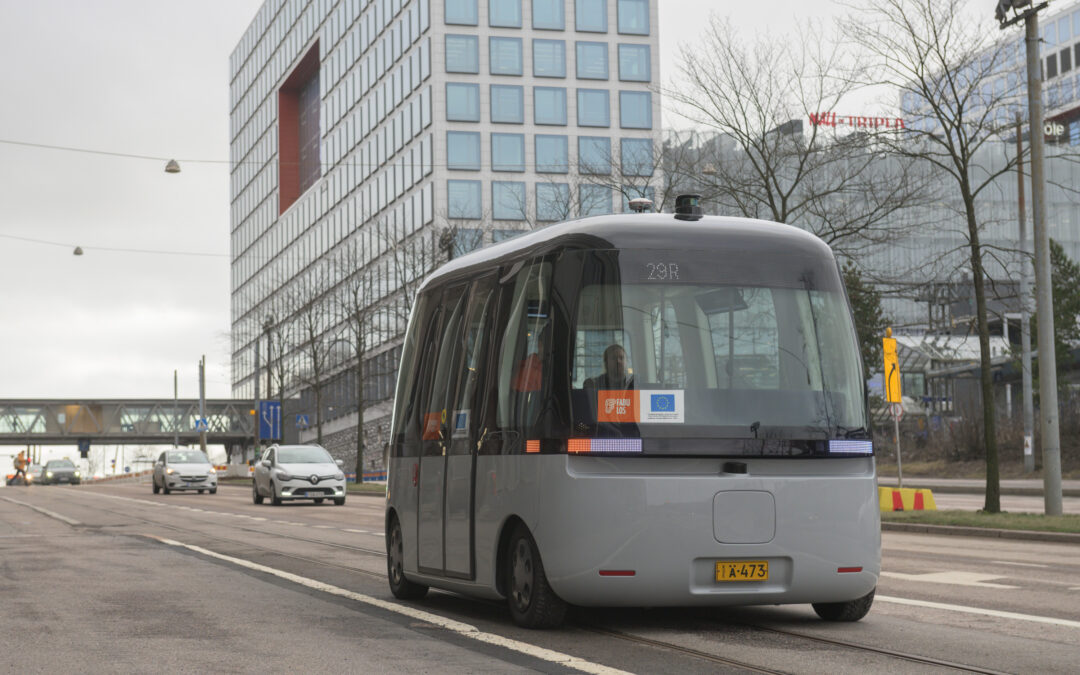 The weather in Helsinki presents some unique issues when it comes to autonomous vehicles PHOTO: Sensible4

The first autonomous driving bus for all weather conditions, GACHA, made its debut in Jätkäsaari, a testing ground for new mobility solutions located in Helsinki.

The development of GACHA began when MUJI and Sensible )4 collectively noticed that the first generation of autonomous buses failed to perform even in light rain. Considering the harsh winter and rainy conditions in Helsinki, GACHA aims to operate as part of the city’s existing transportation systems in 2021 to improve the accessibility of commuters in the city.

GACHA has the capacity to fit approximately 8 passengers in the vehicle at once.

In an ageing society where future shortages of drivers are inevitable, GACHA demonstrates its potential to be a safe and convenient option for commuting in both urban and suburban areas.

Does GACHA sound like something Singapore would do? You’re absolutely right.

We might not be developing a winterproof 8-seater bus roaming our roads, but autonomous vehicles are currently being trialed in several parts of Western Singapore – most noticeably One North as well a NTU. Read more about our own efforts here.

Bout, named as the “Uber for boats” platform, is another mobility service that piloted its test rides in Jätkäsaari in 2018. Bout increases the accessibility of Helsinki’s archipelago and coastal locations by connecting people who need boat rides with residents who provide them.

With over 50 pre-defined pick-up locations in the coastal areas of Helsinki and Espoo, travellers can book rides through the platform’s smartphone application.

In Singapore, we might not have the waterways needed to support such an operation, but we are trialling something that’s same-same but different: helicopter taxis, touted to be the world’s first!

According to the Mayor of Helsinki, Jan Vapaavuori, Helsinki has the most open government in the world - and that is what sets it apart from its surrounding cities - the principle of transparency.

With an open data policy, Helsinki wants to make its data available to all of its people - entrepreneurs, designers, developers, and residents included. In doing so, the city hopes to encourage the creation of new services that will improve the lives of its citizens.

One of the most successful innovations based on the open data policy is a smartphone GPS app, BlindSquare. Developed in Helsinki with the help of an open data source — Foursquare, the GPS app was designed with the visually impaired in mind.

To ensure safe and reliable travelling, the app has a self-voicing function that delivers detailed points of interest to its users. With BlindSquare, the visually impaired can achieve independence during their outdoor commutes.

An open data policy is also what Singapore believes in as well, and we’ve got data.gov.sg – our own effort to make it easier for citizens or businesses to create useful projects using data that have been diligently collected.

If anything, the projects in Helsinki remind us that there are still many opportunities that are just waiting to be explored in the exciting world of tech. Whether you live in freezing north, or the sunny tropics, the possibilities for innovation are endless.