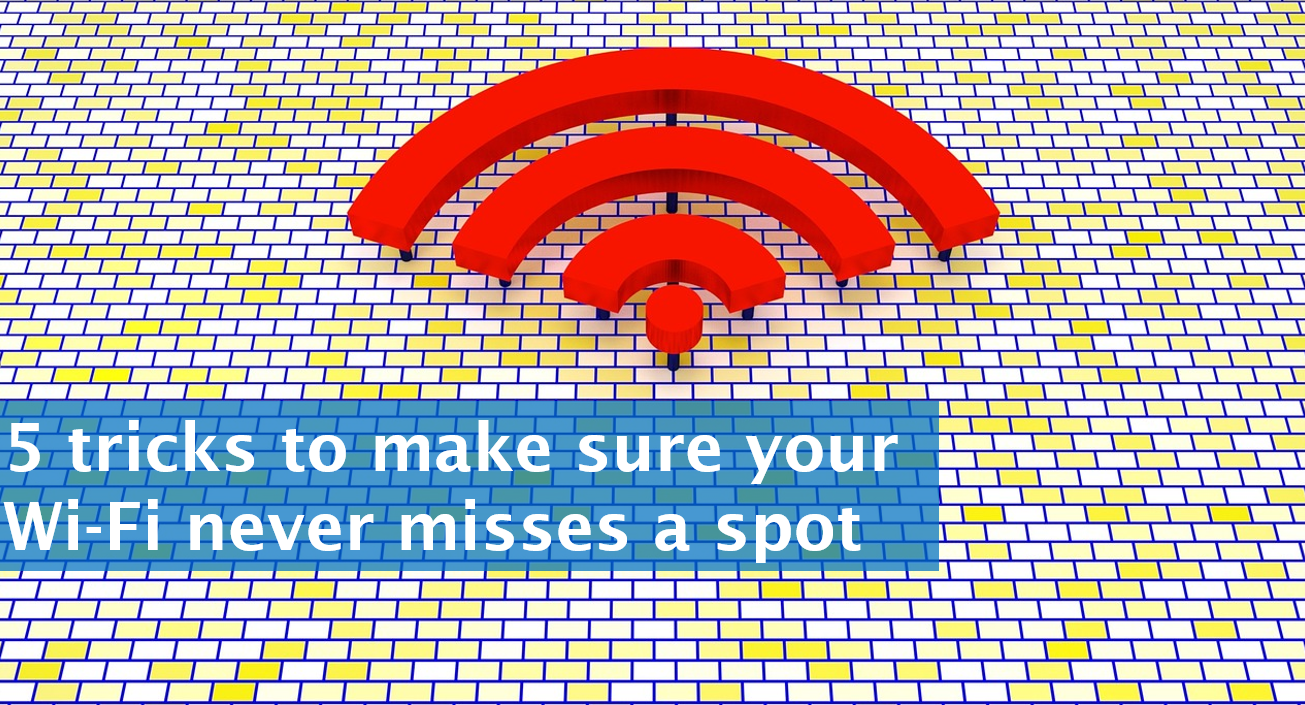 Physical obstructions and interfering devices can limit Wi-Fi coverage in a home setting. We highlight some tips to improve your home fibre broadband’s Wi-Fi strength and range.

Not getting ideal connections on your home’s wireless network? Or struggling with Wi-Fi Bermuda Triangles and ‘dead zones’ around the house? With our hectic online lifestyles, trying to troubleshoot wireless connectivity issues that crop up in the middle of an important video streaming session is easily the most exasperating First World problem.

But before you set off to buy new routers, Wi-Fi extenders, or a totally new fibre broadband network, it helps to first understand that a wireless signal can be affected by many surrounding factors. Anything from long distances to physical obstructions and the angle of router antennas—even an inconspicuous microwave oven—can influence your internet connection. If you’re tired of being dogged by a dodgy Wi-Fi signal, try out some of these hacks.

While it may seem logical to have the router inside a cabinet in an extreme corner of the house to minimise wire clutter, that very decision could be the root cause of your Wi-Fi woes. Ideally, the router should be located centrally in your house and mounted high on a wall or resting on a top shelf so as to provide coverage as evenly as possible across your home.

In addition, the Wi-Fi router needs an open space away from walls and obstructions to transmit better signals and to prevent overheating. Keep the router away from signal-interfering equipment such as cordless phones, old Bluetooth devices and microwave ovens, as they are likely to operate on the same frequency and cause Wi-Fi congestion. The router should also be positioned away from reflective and metallic surfaces such as mirrors and fish tanks, which can block Wi-Fi signals.

Router manufacturers are always tweaking software for quicker data transmission and greater coverage. They also occasionally issue firmware updates to improve the performance of their products.

So even if your wireless network is not ailing, you should consider installing regular updates, which may provide security patches and other improvements. Some routers have built-in update processes while older models might require you to download firmware files from the equipment manufacturer. Or you could take things into your own hands and get the latest model of router altogether.

3. Time for an upgrade

If you frequently face network-related congestion issues that cannot be attributed to a slow broadband connection, your router might need an upgrade. The current standard for Wi-Fi routers is 802.11ac, which uses the 5 Gigahertz (GHz) frequency. This means they experience less interference from the typical 2.4GHz signals emitted by older routers and appliances like microwave ovens, and they also support faster speeds.

Look out also for routers with dual-band capabilities (e.g. those that offer both the 2.4 and 5GHz frequencies). The dual-band function keeps newer devices that support the latest Wi-Fi standards on the higher bands—separate from older devices—thus preventing mutual interference. New AC routers also have advanced features such as beamforming, which detects where devices are and intensifies the signal in their directions.

If all fails, it is time to get help with additional devices. Also known as Wi-Fi boosters or repeaters, these extenders improve Wi-Fi coverage by receiving the wireless signals from your router and repeating them using powerful amplifiers and antennas. To help you figure out where to place them, there are plenty of software and programmes available to visualise both the weak and strong Wi-Fi spots in your home.

But the increase in range may come at a cost of internet speed if the extender communicates to devices on the same band as the router. Dual-band extenders help ease channel traffic using two Wi-Fi signals—by connecting to the router on one band and putting out a Wi-Fi signal on the other.

An alternative to Wi-Fi extenders is mesh networking devices. A mesh network comprises separate routers called nodes that use Wi-Fi to communicate with each other, each providing a full Wi-Fi signal in each room they are placed in.

Easy to configure, their flexibility also makes them ideal for use in large homes with odd floorplans. That said, mesh networking systems are more expensive than Wi-Fi extenders and multiple nodes may be required to effectively expand Wi-Fi coverage over a large area.