What makes a smart city a success

What makes a smart city a success 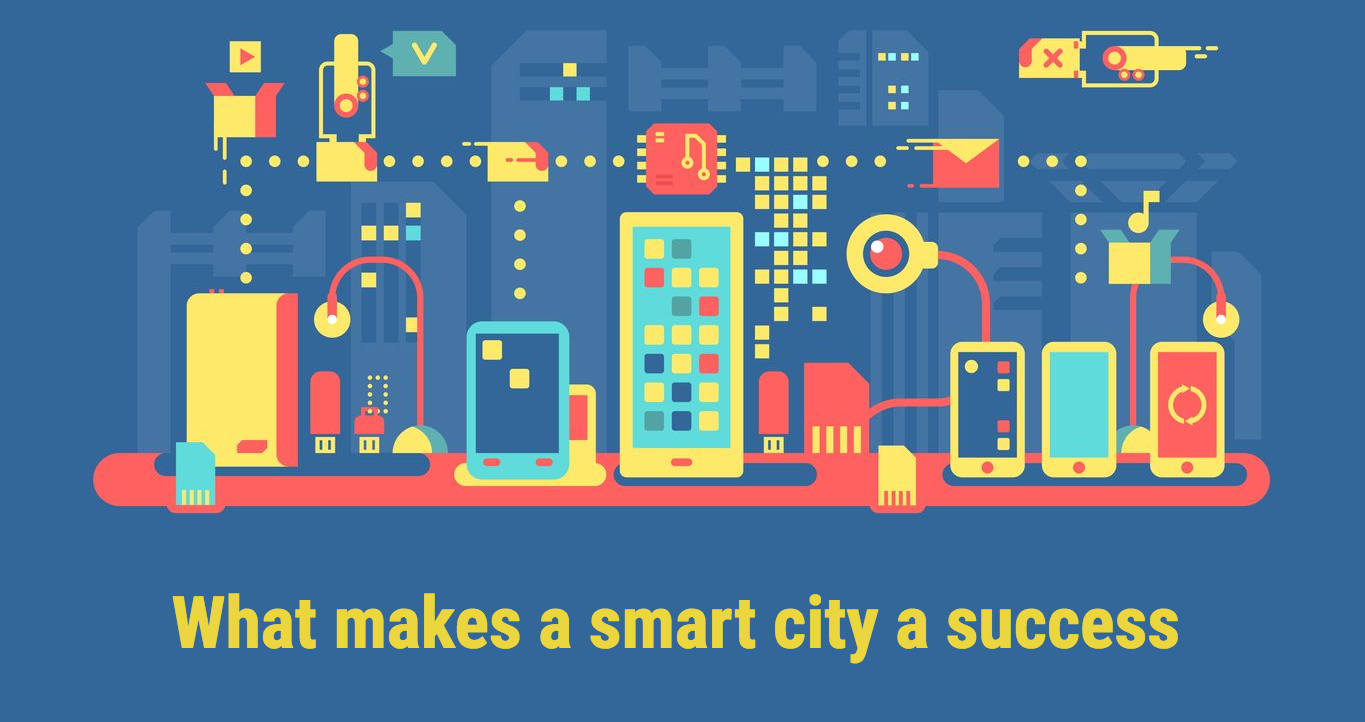 Technology is fundamentally changing the way cities function. As governments aspire towards creating smart cities, what should be prioritised and how is success measured?. TechNews brings you insights from the Bloomberg Live ‘Sooner Than You Think’ forum.

Unless you’ve been actively avoiding the evening news, you probably would have heard the term ‘smart city’, which generally refers to urban centres that rely on technology to improve the lives of citizens. If you’re wondering which country is high up on the list of smart cities, look no further than Singapore. With its Smart Nation transformation well underway since 2014, Singapore is leveraging sensors, the Internet of Things and data analytics to tackle a diverse range of problems, from congestion to healthcare.

But what is the measure of success for a smart city? This question was raised as a live poll at the Bloomberg Live ‘Sooner Than You Think’ forum held at the National Gallery on 6 September 2018. Delegates had three answers to choose from: connectivity, inclusiveness and economic growth. The results were decisive—nearly three-quarters of the audience picked inclusiveness.

The speakers at the ‘What Makes a Smart City a Success’ panel discussion, however, were divided in their responses. The panel, comprising Mr Konstantinos Champidis, chief digital officer, city of Athens; Mr Miguel Gamiño Jr, executive vice president of global cities, Mastercard; and Ms Jessica Tan, group deputy CEO, Ping An Insurance Group, provided a more nuanced perspective on how smart cities around the world are evaluated. 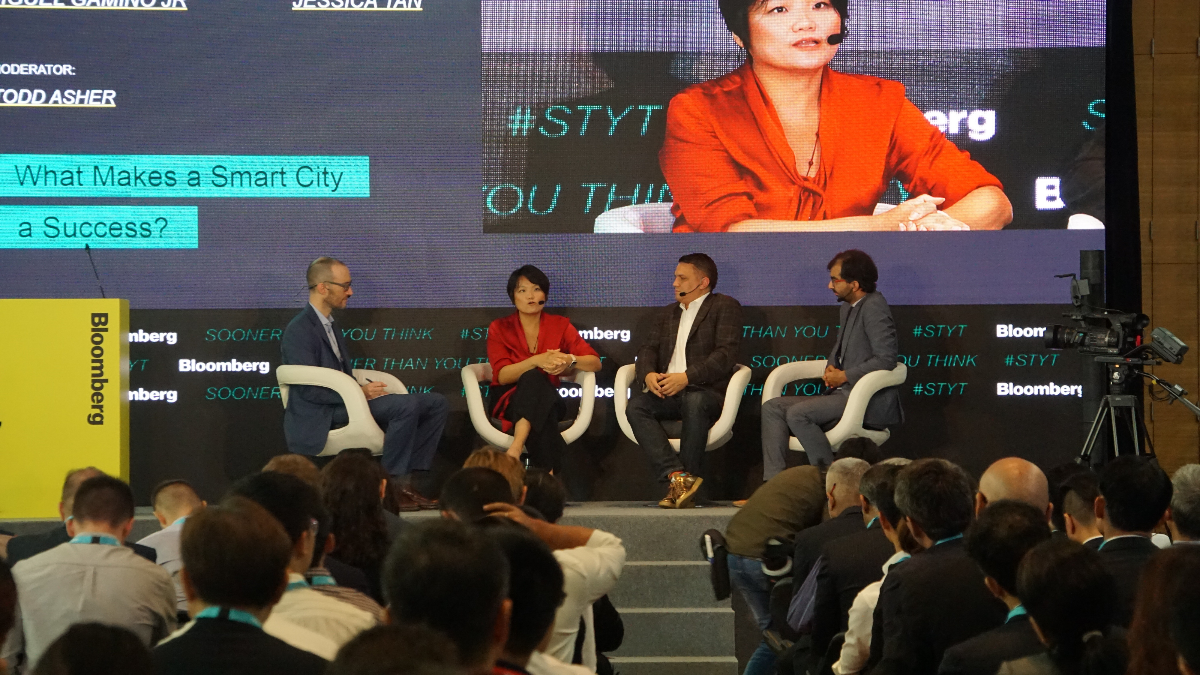 “Every city has its own challenges to deal with. That’s why we have so many different definitions of what a smart city is,” said Mr Champidis. This underscores the difficulty of finding a common metric for measuring the success of smart cities, he added.

Nonetheless, Mr Champidis and Mr Gamiño Jr agreed that connectivity is a key enabler of smart cities, from which the other two positive outcomes arise. “Connectivity—financial, physical and digital—is key to achieving inclusion, and inclusion is key to ensuring economic growth,” said Mr Gamiño Jr.

But Ms Tan challenged the notion that inclusion precedes economic growth. “[Cities] can be inclusive, but people become happier if everyone is doing better economically,” she said. Taking an outcome-centric view of smart city development, an increase in the per capita earnings of citizens would at least indicate that the technologies being adopted by cities are translating to opportunities for citizens to improve their standard of living.

While creating a smart city often involves the development of new and smart infrastructure, Ms Tan feels that it is just as important to use technology to better leverage a city’s existing assets. She cited how congestion may be a perennial problem in cities, but “technically, the roads can absorb a lot more traffic”.

“[In China], we are using artificial intelligence to help perform traffic forecasting. We were able to reduce the number of accidents by 90 percent and [raise travelling speeds] by 51 percent,” she said.

The healthcare situation in China is another example of how technology can be used to better deploy medical expertise. “Most of the good medical resources in China are concentrated in ‘Tier 1’ cities [such as Beijing and Shanghai]. You don’t have a lot of qualified diagnosticians in the lower-tier cities,” she explained.

But with technology that allows remote diagnosis and monitoring of patients’ health, the capabilities of a limited pool of healthcare professionals can be stretched over more localities to improve the quality and accessibility of healthcare. For instance, Ping An’s artificial intelligence platform for medical imaging now grants 2,000 hospitals in China access to accurate lung nodule identification for lung cancer diagnosis, said Ms Tan. In this case, the technological solution itself breeds inclusiveness.

Yet another dimension of inclusiveness was highlighted by Mr Gamiño Jr, who brought up the topic of smart city innovation. Rather than operate in silos, governments, businesses and individuals can collaborate to create value.

“We’re in this era where ‘public-private partnership’ is more than just a buzzword,” he said. “Innovating with the community is important… I’ve found that when technologies were tested, piloted and iterated in response to feedback in a real, non-sterile environment, the development cycles were much faster and more meaningful, and we ended up with much more robust and resilient solutions.”

This sentiment was echoed by Mr Champidis, who reminded the audience that each city is a sum of its stakeholders. Governments therefore have a responsibility to “provide the data, provide the infrastructure and let the people produce innovation”, he added.

“Cities have been smart for a long time, it’s just that now we have tools to move the progress further forward,” Mr Gamiño Jr said, concluding the discussion.