Satisfaction survey scores among Singaporeans and businesses increased by eight percentage points in 2019 from a year earlier, the highest since 2012.

GovTech’s chief executive Kok Ping Soon shares how the Government is making a bigger push this year to improve its digital services for citizens and businesses. VIDEO: GOVTECH

More Singaporeans are using government digital services and giving them the thumbs-up, just two years after the implementation of the Digital Government Blueprint. The five-year plan, launched in June 2018, outlines how the Government will better leverage data and harness new technologies to improve lives.

In his keynote speech to wrap up GovTech’s five-week series, titled Re-engineering the Government’s Operating System released online today, Mr Kok Ping Soon, chief executive of the Government Technology Agency (GovTech), said that citizens’ and businesses’ satisfaction with government digital services had increased by eight percentage points in 2019 to reach 86 per cent and 77 per cent respectively.

About 1,500 businesses from 13 industry sectors, including manufacturing, transportation, financial and business services, and construction, were surveyed. Another 1,500 citizens were surveyed during the same period. The past year’s satisfaction survey scores are the highest since 2012.

“We have made good progress in making our government digital services more user-centric, and we will be making an even bigger push this year to humanise them as more service-journey projects transit from design and development to minimum viable products,” Mr Kok added.

A minimum viable product refers to an early version of a product that is created to test the product’s feasibility in an actual market scenario. The Government will spend $3.5 billion this financial year to remake its operating systems and fund tech innovations to improve people’s lives. More than $118 million from this budget will be pumped into information and communications projects to develop better citizen- and business-facing digital applications.

It will also refresh several apps that Singaporeans have come to rely on, including SingPass Mobile, which is used by more than 1.5 million people, to make them even more useful. 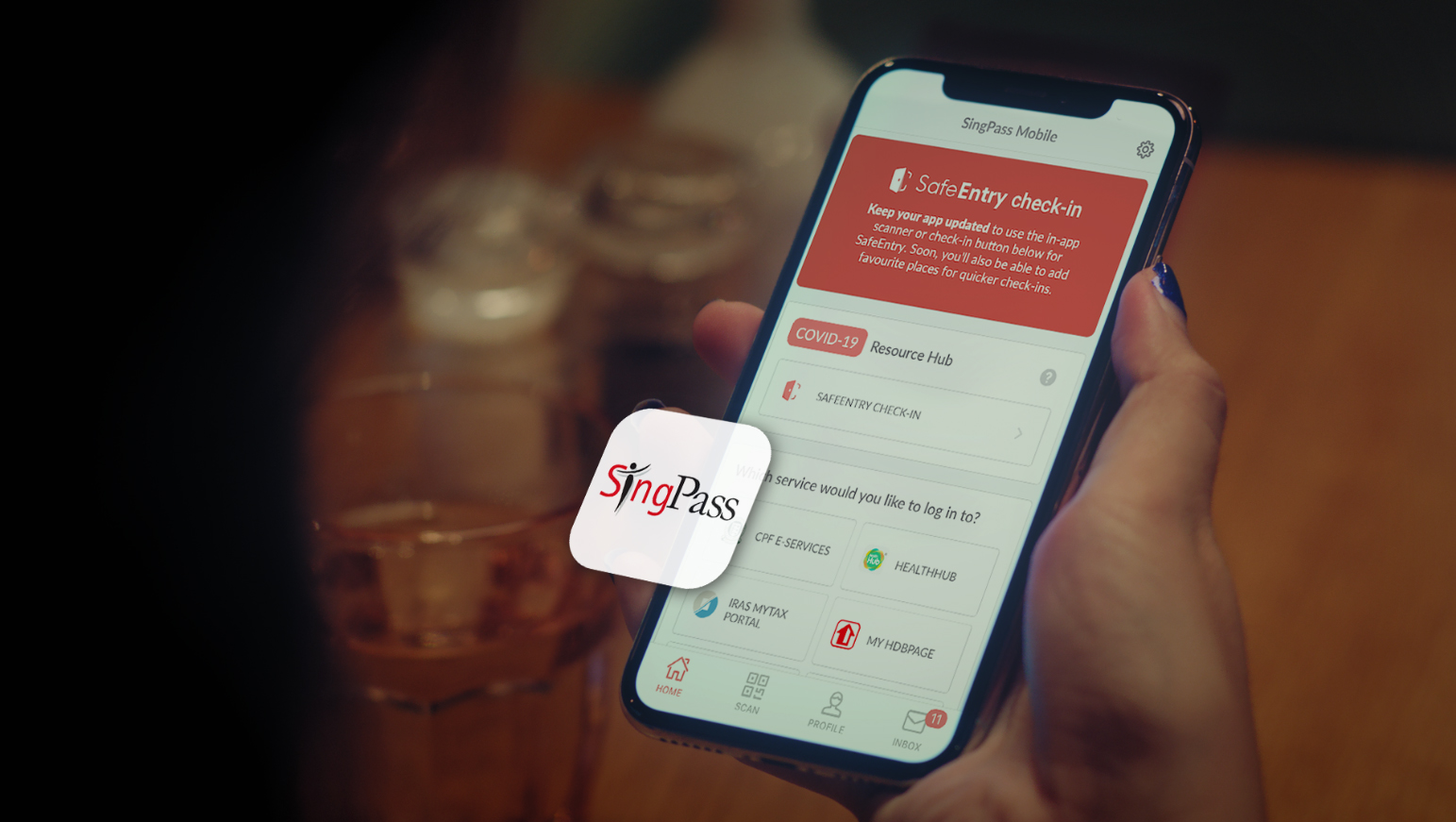 GovTech will be refreshing several apps that Singaporeans have come to rely on, including SingPass Mobile which is used by more than 1.5 million people. PHOTO: GOVTECH

In the second half of the year, GovTech will offer more application programming interfaces (API) for integration. These include digital signing, biometrics-as-a-service, remote authorisation and MyInfo Business.

APIs allow digital applications to communicate with one another and enable seamless data sharing among organisations. Over 100 businesses have integrated with the National Digital Identity (ndi) platform via GovTech’s ndi APIs since 2018. The platform is designed to provide more convenience and security for citizens transacting online.

According to GovTech, close to 450,000 transactions are made on the platform each month. The agency added that businesses in sectors like banking, insurance, power supply and online retail have reported higher customer acquisition rates and quicker transactions, with an 80 per cent reduction in transaction time.

To speed up the transformation and adoption of government digital services, GovTech is strengthening its partnerships with industry and the community to co-create digital solutions. It soft-launched a Singapore Government Developer Portal in June for firms and developers to learn more about its tech products.

The portal is a centralised resource for developers to find key information on product features, use cases and technical specifications to co-create solutions with the Government, said Mr Kok.

“Over time, more features will be added to allow developers to offer their services and for the portal to serve as a gateway to the government developers’ environment,” he stressed.

Government agencies are also reaching out to developers in other ways, even as the Covid-19 pandemic has put a pause on in-person community events. “We are now conducting our STACK-X series of meetups, on topics ranging from engineering practices to product sharing, through webinars,” said Mr Kok. GovTech has engaged more than 1,000 participants on topics such as agile development, cybersecurity and data strategy over 10 STACK-X meetups since 2019.

In May, it hosted an online “Covid-19 Idea Sprint” to seek ideas and prototypes that solve problems caused by the pandemic. About 330 people from the public and businesses participated and submitted over 70 proposals, which offered solutions such as designing wearables for contact tracing and developing personal risk scores based on proximity data.

To encourage public-private partnerships, government agencies are increasingly sharing the source codes of their digital products for industry developers to experiment with and build their own versions.

Earlier this year, in response to the Covid-19 outbreak, GovTech developed VigilantGantry, a video analytics solution powered by artificial intelligence that automatically screens people’s temperatures when they pass through a gantry or entrance.

Using a regular video camera and thermal scanner, the software can detect and screen the temperatures of those wearing caps or items that cover their foreheads. Mr Lim Kian Boon, deputy director of video analytics at GovTech, said: “VigilantGantry’s thermal scanner is designed to be modular so that companies can easily adapt and incorporate the technology to existing infrastructure, such as gated entrances.”

“We hope that the private sector will use the source codes to scale and deploy to sites across Singapore.”

Many ways to contribute

Covid-19 has highlighted the importance of having digital capabilities that enable the country to adapt to challenges. To nurture a vibrant tech ecosystem, the Government is improving the engineering capabilities of public agencies and encouraging the public to contribute to Singapore’s Smart Nation project.

“We are stepping up our recruitment efforts to fill over 400 active vacancies for software engineers, cybersecurity specialists, data scientists, business analysts and infrastructure specialists,” said Mr Kok, adding that more than 600 talents were engaged through tech hunts held in June. 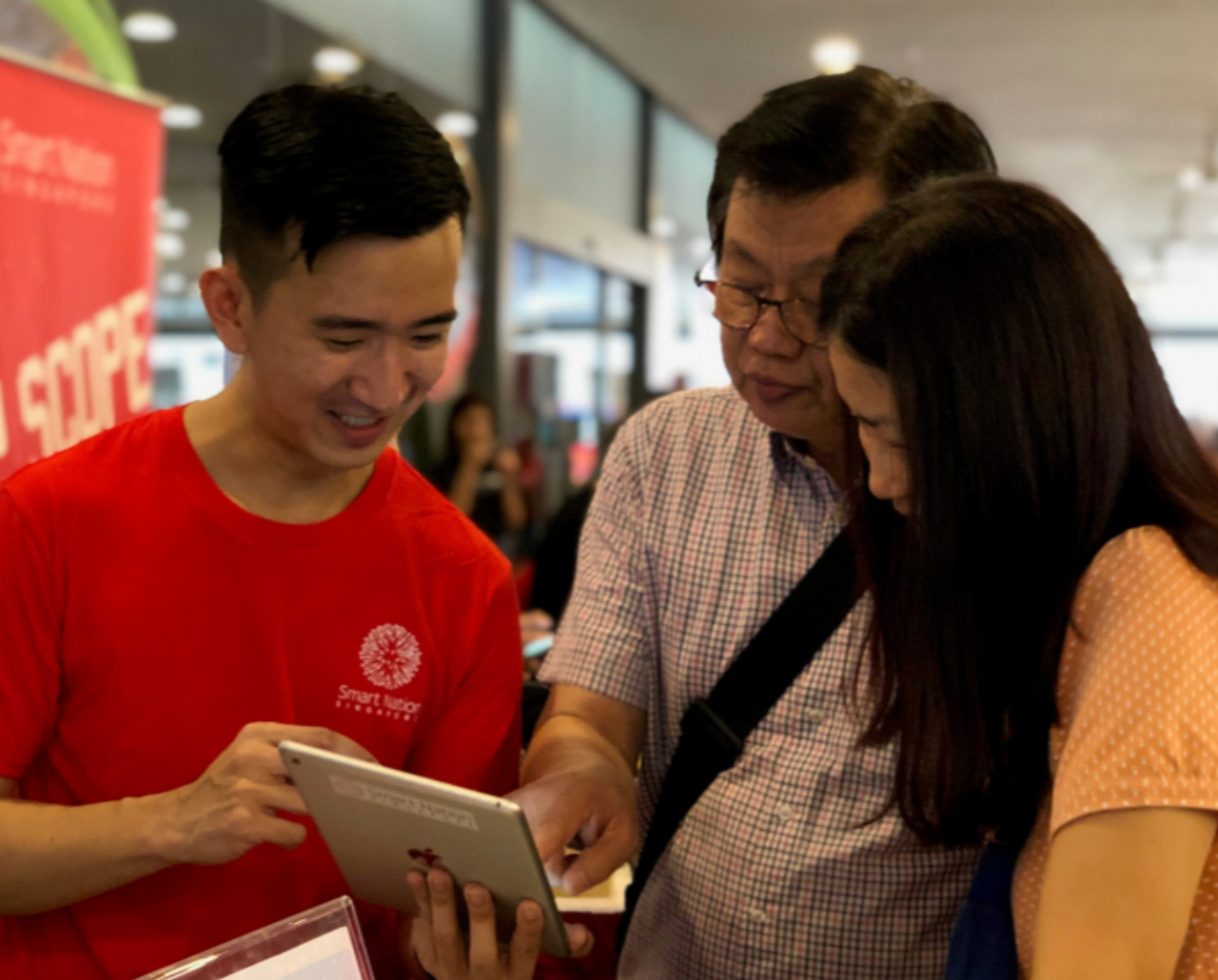 Citizens can also become Smart Nation Ambassadors to help collect feedback on government agencies’ digital services and teach others, especially senior citizens, basic digital skills, such as how to connect to Wi-Fi hotspots and personalise accessibility tools on their mobile devices.

“You can also join us as Tech Kakis to improve our products to make them better for users. We value your contributions in any form as we build a Smart Nation together,” said Mr Kok 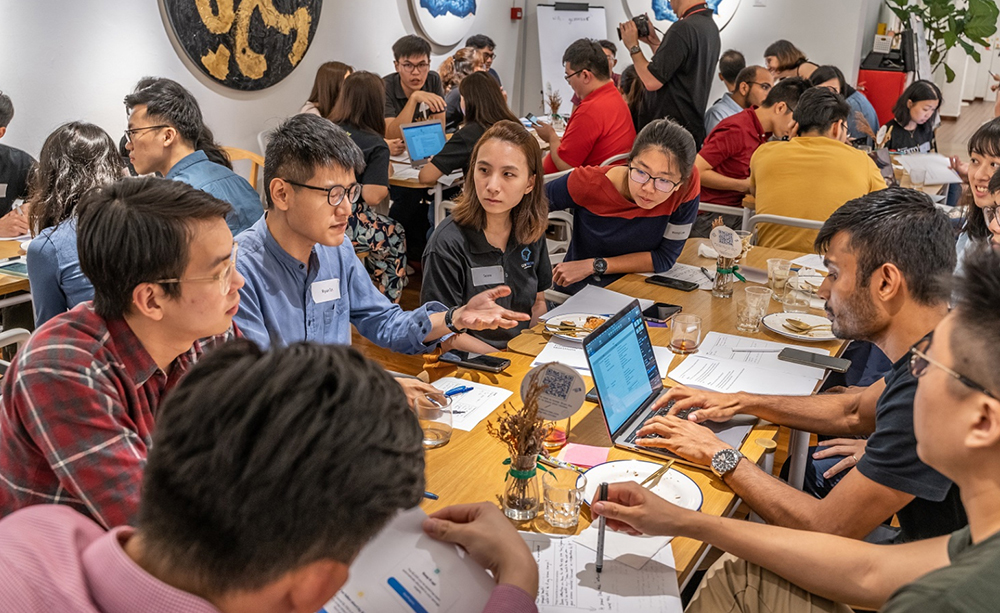 A Tech Kaki Live session where citizens get first dibs on new tech products or services before they go live. This photo was taken last year before safe distancing measures kicked in. PHOTO: GOVTECH

“We want to hem in these new possibilities to create a more digitally empowered nation and redefine the future of government operations and services in Singapore. By humanising the front end, engaging the community and modernising the back end, we will re-engineer the Government’s operating system to create better services for citizens and businesses.”

*This article is the last of a five-part series by GovTech on the re-engineering of the Government’s operating system to provide faster and better public services.